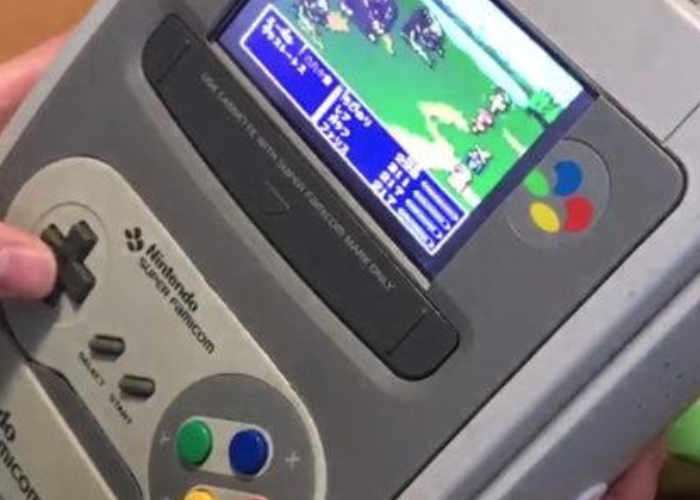 If the Nintendo Switch is a little too modern for your liking you might be interested in this hybrid SNES portable handheld console which has been created allowing you to enjoy a little Nintendo phone on the move.

Shared by Twitter user @huxarufaxara the console has been created from a Super Famicom (SNES in Japan) console, a controller, and a small LCD display which have all been combined to provide a fantastic handheld version of the SNES.

The screen is attached just above the old cartridge slot, while the games are now inserted into the top of the unit, classic Game Boy-style. There are also built-in speakers with volume control on the side. But easily the best part is the un-modified controller inserted into the center of the console, as if a perfect size hole was cut and it was simply dropped in there.

As far as modded consoles/portables go, this SNES is far from elegant or practical. It’s certainly a handful, and it probably weighs as much as, well, an early ’90s game console. At least it has enough battery life to power up and play Final Fantasy V. For a few minutes, anyway.