2,000 horsepower engine, fully armored, capable of towing a custom built luxury speed boat with its own insane specs. Such is the Dartz Prombron Nagel from Dartz, a Russian car company that goes back to Soviet times. These days instead of making cars for the proletariat Dartz caters to the upmarket crowd with a selection of ridiculous vehicles, including a luxury armored SUV whose engine could drive a tank. 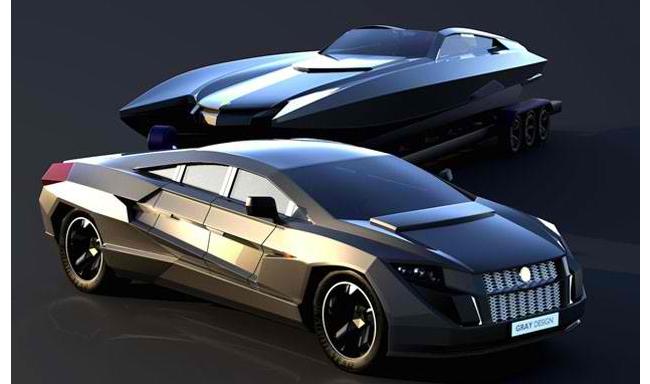 Actually, if the Nagel does pack 2,000 horsepower, then it’s got more muscle than a Russian T 72 main battle tank. Ridiculous indeed. Judging by the pic above the Nagel looks like a Decepticon ready to transform into a fearsome robot, all those sharp edges and evil contours lending it a menacing ambience.

The Nagel is expected to enter production later this year. There’s been no word on what’ll be fitted inside it, but knowing Dartz they tend to out-bling the blingest rides. (i.e., whale penis leather for the interior.)