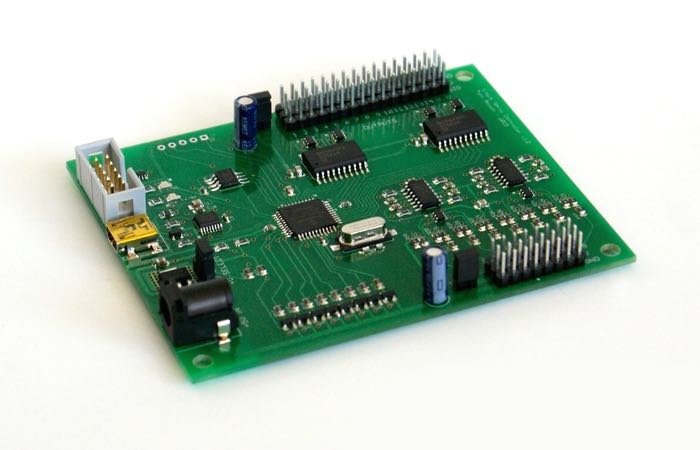 Mark Arnott has created new open source smart servo controller called the SSC that has been created to enable makers, developers and hobbyists to create complex motions and control logic without the need to write any code.

The SSC other wise known as a Smart Servo Controller is perfect for robotic projects and includes a wealth of powerful features. Arnott explains more.

“The SSC is designed to be a building block used to implement complex control logic and motion algorithms without having to write any code. It can be used to expand the functionality of your existing robotic projects or be the platform for a new project.

The goal of the SSC is to allow you to spend less time coding and more time creating. The SSC can integrate into existing projects. It will work in conjunction with PIC, Arduino and other microcontrollers or be used independently. The SSC was created with the DIY community in mind and will be made open source once the project gets funding.“

The SSC is now available to pledge for over on Kickstarter from $47US for the bare board or $57CAD.