Tyler Nehowig has created a handy Smart Nixie Tube that developers can use to create a wide variety of projects and devices, all programmable by the user friendly Arduino IDE.

The Smart Nixie Tube comes supplied with built-in Arduino Uno compatible hardware and can easily be expanded by simply plugging in extra Smart Nixie Tubes as required. Check out the video after the jump to learn more. 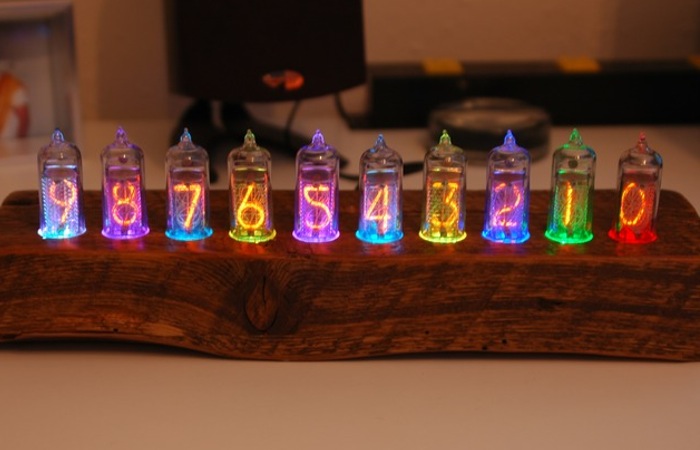 The Smart Nixie Tube is open source and can be connected to a Raspberry Pi for more functionality and has been created to fill the gap that all other Nixie Tube displays create by allowing unlimited digit length.

“The Smart Nixie Tube is the most open source, flexible Nixie Tube display in the world.  It is fully programmable using the unmodified Arduino IDE, and appears as an Arduino Uno running at 16MHz/5V.  Adding more digits is as easy as connecting headers together.  You can chain Smart Nixie Tubes together and control them from anything with a Serial Port.  Examples include connecting it to a Raspberry Pi to pull in sports scores, the current temperature, or the current time and date. “

“Controlling the Smart Nixie Tube is as easy as opening a COM port and sending a string of ASCII characters.  The format allows full control of the digit, both decimal points, Nixie Tube brightness, along with 24 bit RGB color of the LED accent lighting.  The command is a fixed length protocol, meaning you must pad the brightness, red, green and blue values to be 3 characters long.”