I hate reading a ruler or a tape measure. I always worry that I will misread it and make a mistake. Thankfully, I rarely have to read a tape measure so it’s not that big an issue for me. I would rather have a gadget that can measure distances when I need to rather than having to resort to a ruler.

This concept device called the Smart Finger would be perfect for measuring distances. The concept device stores as one piece and breaks into two pieces that slip on a finger when needed. Inside each of the finger devices is a silicone material that makes for a tight fit on your fingers. 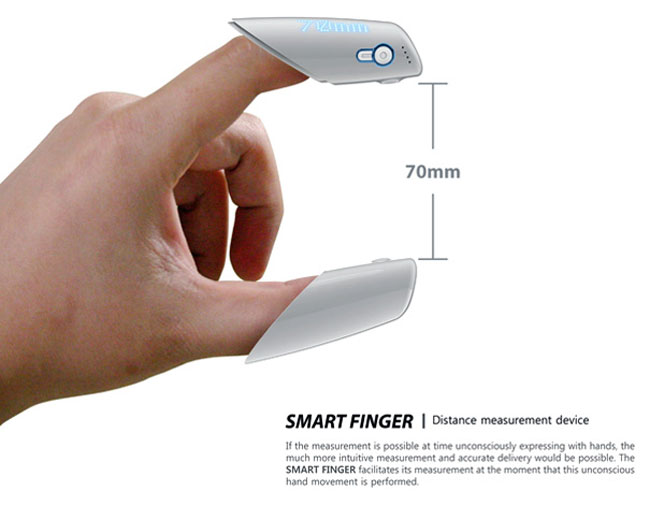 The Smart Finger device is able to accurately measure the distance between the sensors on each of the finger pieces from small millimeters to larger yards or feet. The concept can also figure volume by multiplying your last three measurements. This is cool and would be a nice tool to add to my box of tools that rarely gets used.