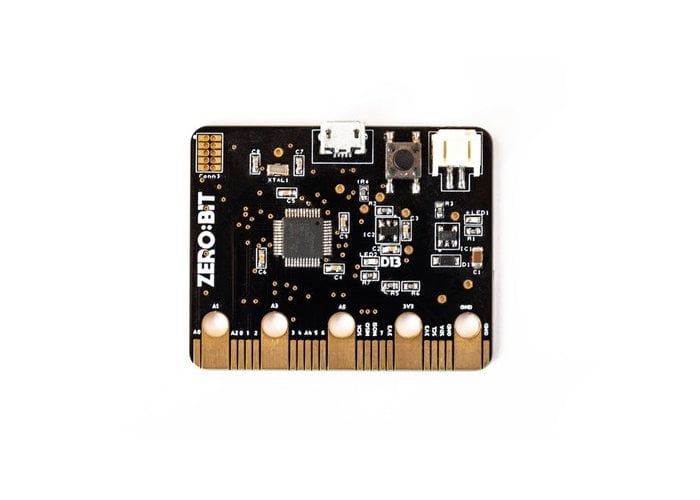 Electronic enthusiasts or anyone looking to create smart clothing may be interested in a new development board which combines both Arduino and Micro:Bit into a small board equipped with the ATSAMD21 and Arduino bootloader witches compatible with Micro:Bit accessories.

The small development board combines the Mico:Bit’s form factor and edge connector with the power and accessibility of the ATSAM21D18 Cortex M0+ processor. Easily programmable using the Arduino IDE, users can take advantage of the plethora of readily available libraries.

Also by using the rear of the edge connector all the Arduino pins are broken out, allowing access to digital pins D8-13, programming and debugging pins RST, SWDIO, SWCLK as well as 5V, say its creators. “The BBC Micro:Bit is fantastic, in fact, so good that over 2 million boards have been made! Plus there is a huge range of awesome plug-in accessories. It’s most distinguished feature is it’s edge connector, allowing fast and easy connection to a huge range of accessories. So one day I wondered “what about an Arduino with an edge connector?!” well… I bring you the Zero:Bit!”

With early bird pledges available from £16 the Zero:Bit is now available to back via Kickstarter and If all goes well will start shipping out to makers and enthusiasts worldwide during February 2019.