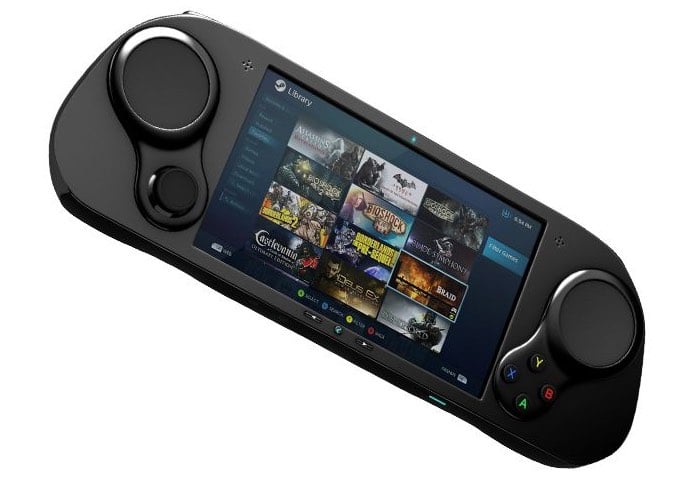 The recently launched Smach Z handheld games console that provided backers with a portable Steam Machine system with over 1,000 games to play at launch, has unfortunately been put on hold due to a few issues that have been encountered says its developers.

The Smach Z Kickstarter campaign hoped to raise €900,000 but a number of potential backers were put off by the lack of any working prototype, so the development team as set about to correct this.

An update from the development team over on Kickstarter reads :

We have been analyzing the status of the campaign and have decided to take it down and re-consider our campaign. We believe that it’s the best decision for the project because the following reasons:

– Campaign progression: Pledges started very well but they have stopped in the last days. We’ve to work better our marketing strategy next time.

– Too high goal: Even if we need 900k to produce SMACH Z, it’s a very ambitious goal. We’ll need to find additional private funds and go for a lower goal.

– AMD SoC: This is causing a lot of confusion. We think we‘d need to give more info about the final SoC and we can’t do it now. We’re going to discuss the matter with AMD.

– Prototype: Everybody expect to see SMACH Z working in an encapsulated prototype and it’s something that we can’t offer just now. So we’ve first to build a more advanced prototype to better demonstrate SMACH Z capabilities.

– Windows: Many people is asking for a Windows version of SMACH Z. We need to re-analyze better this possibility and see how that’d impact the cost. While we can do that during the campaign, we believe that it’s better to stop it and start a new one in the next months.

– Rewards: Same that for Windows, people is asking for changes in the rewards that would be done better if we re-launch the campaign.

But don’t worry, this isn’t a tragedy: This campaign has meant a lot of good stuff to us. It let us see that lots of people are interested in SMACH Z.

For more information on the Smach Z project jump over to the Kickstarter campaign website for details via the link below.