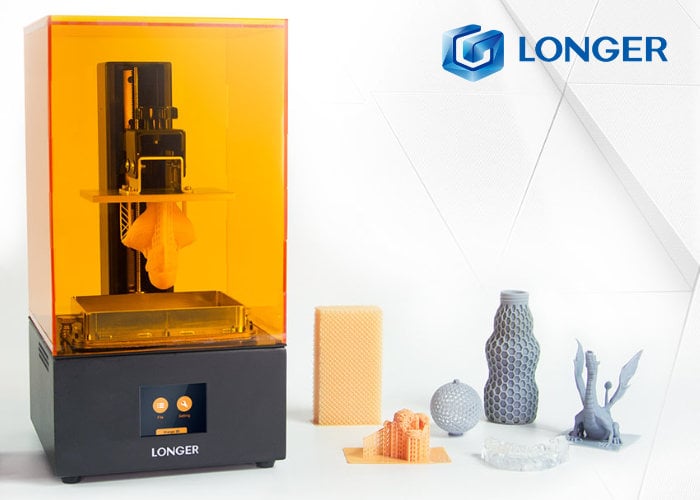 Anyone considering purchasing a resin 3D printer might be interested in in a new desktop fabrication system created by the team at Longer, in the form of the Orange 30. An affordable SLA 3D printer equipped with a 2K LCD touchscreen, enabling you to transform your ideas into real-world 3D printed objects at a low cost. The Orange 30 is Longer’s second 3D printer and builds upon previous prototypes and designs to offer a desktop resin 3D printer for both professionals and enthusiasts priced at under $200 for a limited time. 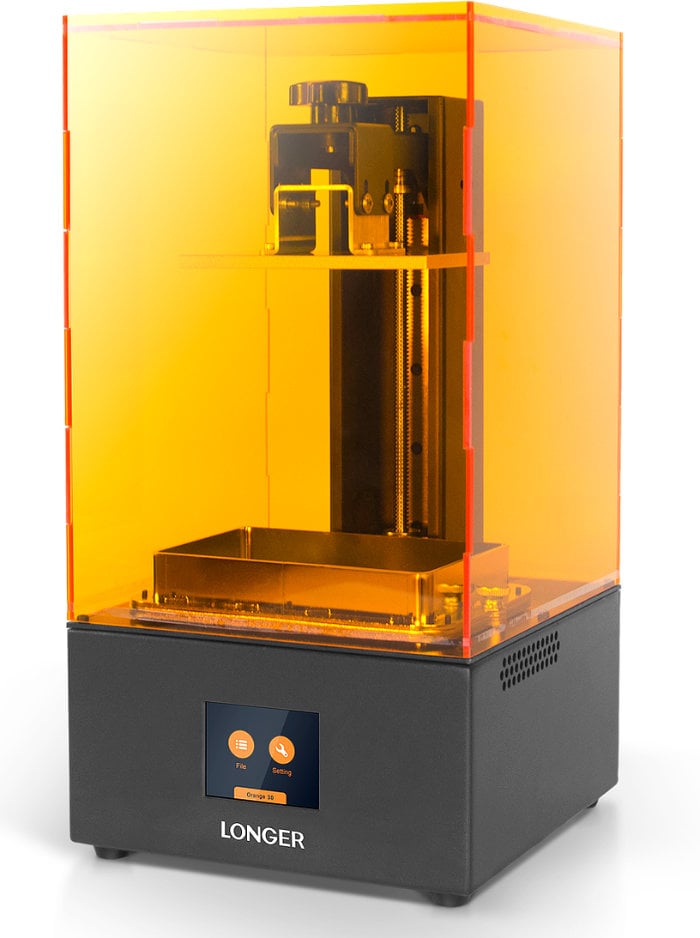 Early bird pledges start from $199 allowing Kickstarter backers can receive a massive $250 saving off the $450 recommended retail price which will take effect once the crowdfunding campaign comes to an end. The SLA 3D printer also ships with a 250ml bottle of resin enabling you to start printing straight out of the box. Orange 30 Kits are also available via Kickstarter starting from $459, providing an extra 4 litres of resin enabling you to print a volume of different designs. The company is also offering the ability to buy two machines if required for your educational establishment, business or print farm, with the Dual Special Kit priced at $550 rather than the $900 retail price. This kit also includes two bottles 250ml bottles of resin to get you started.

To learn more about the Orange 30 SLA 3D printer watch the embedded video below which provide an overview of its features, construction, specification and design. Which enable it to 3D print small intricate models of miniatures, jewellery designs, dentistry prototypes, enthusiast creations and more. Longer explains that “using the matrix UV backlighting LED technology and 2K resolution LCDthe 3D printer is capable of printing at a 47.25um precision”.

The high resolution resin Orange 30 SLA 3D printer offers a print volume of 120 x 68 x 170mm or 4.7 x 2.7 x 6.7 inches and is capable of producing reliable and detailed 3D prints thanks to its robust full metal body construction. The Orange 30 3D printer uses SLA technology or stereolithography apparatus, optical fabrication or photo-solidification as it is known in the industry to create objects from its resin pool. To accompany their new SLA printer Longer has developed a range of resins that can be used to create a variety of prints offering a variety of characteristics and specifications, to suit a wide range of applications. Colours currently available include light brown, white, clear, grey, clear and dental grade resin in light brown. 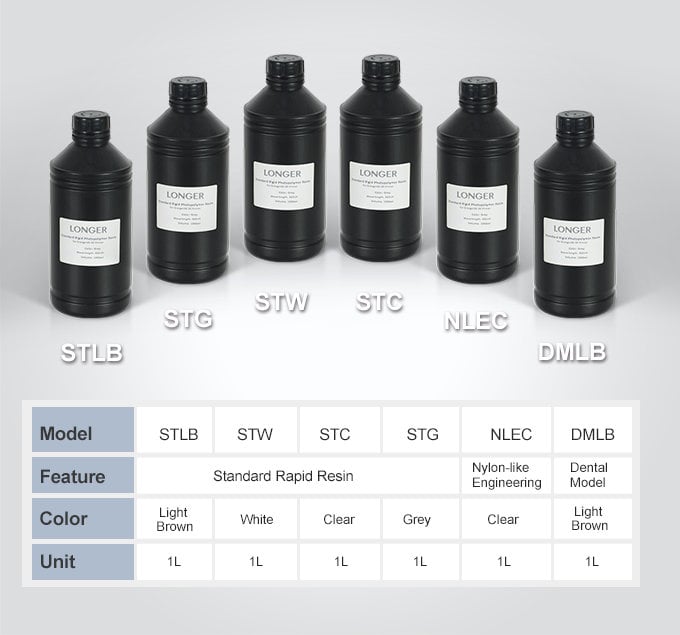 The Stereolithography process is an additive manufacturing technology that, in its most common form, works by focusing an ultraviolet (UV) laser on to a reservoir of photopolymer resin. The SLA 3D printer creates three-dimensional solid parts layer-by-layer, using the photochemical processes. During which light causes chemical monomers to link together to form polymers, these polymers then combine to make up the body of the final solid plastic object. Using computer aided design (CAD) software designs can be easily created and to accompany readily available third party CAD software, Longer has designed their own in-house slicing software, converting your CAD drawing into layers recognised by the 3D printer. The Longer slicing software will also automatically add support for intricate designs for printing in one piece, which can be easily removed once the printing process has completed. 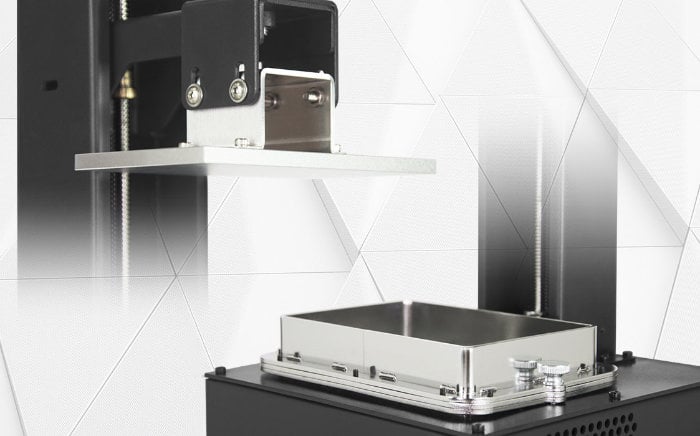 3D printer designs can be uploaded to the Orange 30 3D printer using SD cards or directly from your computer thanks to its the plug-and-play support, making the printing process as easy as possible. Simply add your resin to the tray, upload your design and sit back as the 3D printer combines the polymers to create your design layer-by-layer in front of your eyes. 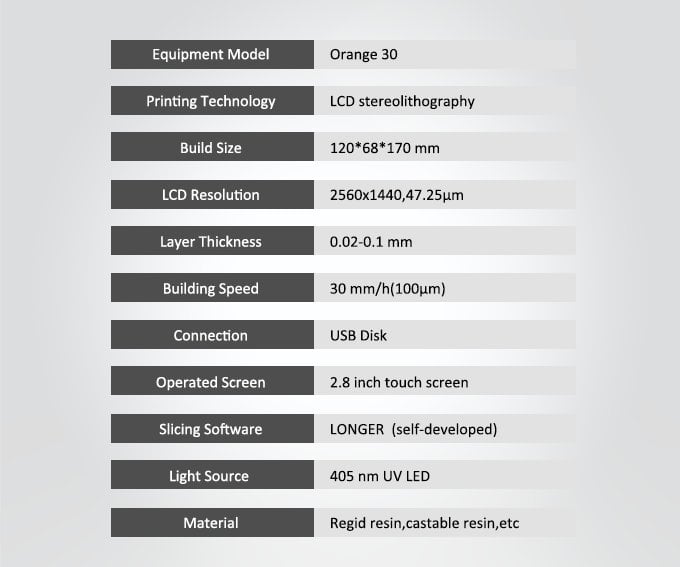 As the 3D printer is creating your design the touchscreen LCD display allows you to monitor its progress, as well as alerting you to any issues that may occur. If any temperature discrepancies are noted during the printing process they will be displayed on the interface and the 3D printer will automatically halt printing to protect the system from unwanted high temperatures. To aid this further the Orange 30 is also fitted with an efficient cooling system which also helps to increase the standard printing speed.

“Longer 3D has sold many FDM 3D printers for global users, and also providing SLA, DLP, & Ceramic 3D printing solutions for customers. With our mature supply chain and according with quality control policy of factory, we are confident that this new product will be delivered as planned. But we still need to face some challenges and unexpected exception occurred during this project. For sure we will resolve the problems finally and keep the promised we made as we have the ability of hardware design, decoding on programming and slice software development on R&D.”

Longer has designed the Orange 30 3D printer to provide a families, enthusiasts and businesses with a precise high resolution desktop fabrication system. Enabling anyone interested in bringing their designs or prototypes to life to do so in a safe and controlled environment using a wide variety of different resins and finishes depending on the application.

Longer has this week taken to Kickstarter to raise the required funds needed to make the jump from concept into mass production, allowing early bird backers to pledge to be one of the first to receive the new SLA 3D printer. for more details and a complete list of all available pledge options jump over to the official Kickstarter project page by following the link below. The fall goes to plan worldwide shipping is expected to commenced during August 2019. Additional resins are also available to purchase from $55 for a 1 litre bottle. Check out the example below of a 3D printed resin skeleton which offers an indication to the high resolution finish you will be able to obtain once the Longer SLA 3D printer arrives. 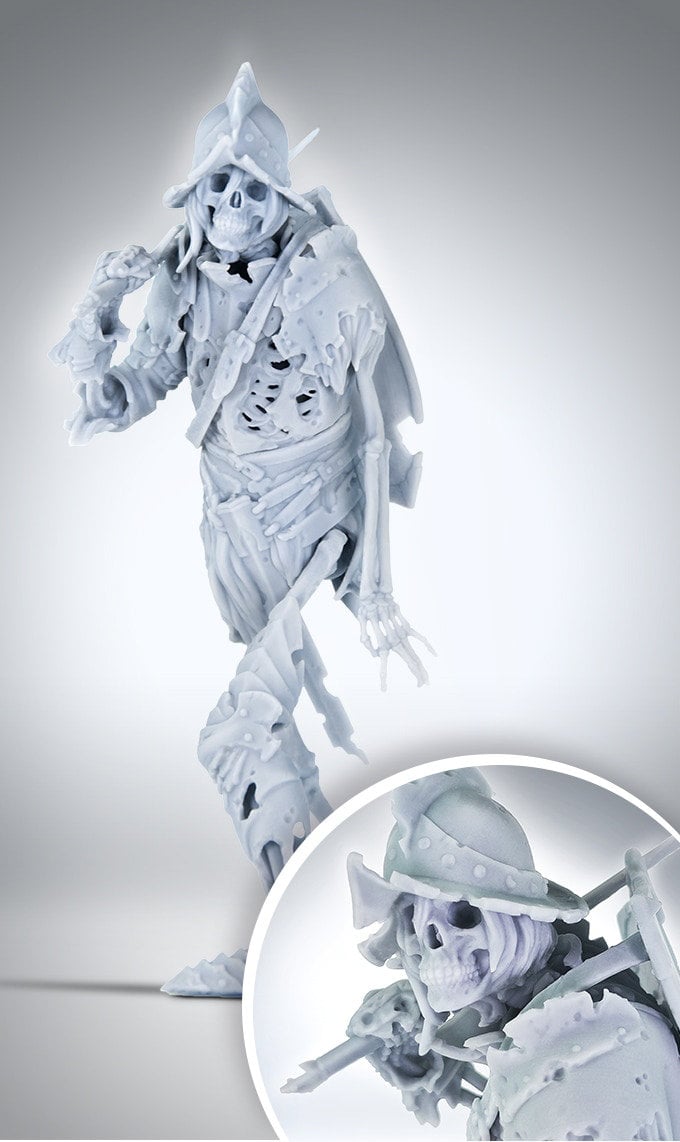