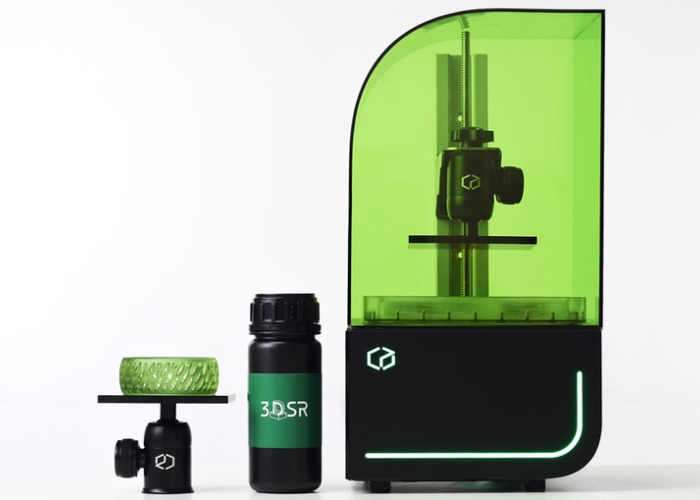 With still 29 days remaining on its campaign and thanks to over 1,000 backers Kudo3D the development team which have created the Bean SLA 3D Printer, have raised over $400,000.

What’s the demonstration video below to learn more about the Bean 3D printer from Kudo3D which has been designed to provide users with a high resolution, affordable, and reliable resin SLA printer specifically created for consumers rather than professionals.

Printing at 50 micron XY resolution (capable of 10 microns Z layer thickness), the printouts of Bean has an amazing high resolution comparable to DLP 3D printers. Here again on Kickstarter, we print the same Fisherman Captain model designed by Russ Charles to illustrate the details that Bean can achieve. This model is printed at a layer thickness of 35 microns.

With consumers in mind, we determined that the new printer must be compact and stylish. The green cover was designed to make it easier to be blended into an everyday environment. In line with the theme “green,” the Bean’s light source is made from LEDs, resulting in a greener energy consumption and longer lifetime. The two edges were rounded off to reflect the shape of a bean. In the end, we dubbed the printer the “Bean” to reflect the compactness and greenish qualities of the printer. (Internally, we nicknamed it Green Bean!) To bring the cost down, we combine our PSP technology with an ultra-high resolution LCD panel. With this came the birth of Kudo3D’s Bean 3D printer.

Jump over to Kickstarter for more specifications and a full list of all available pledges.