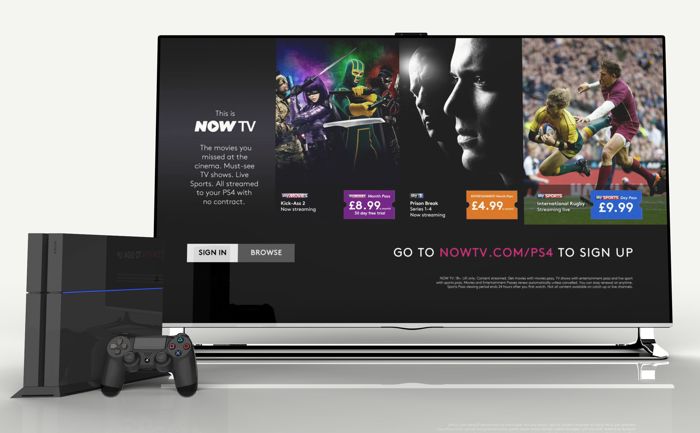 Sky have announced that their Now TV services, which gives you access to Sky’s movies and sports channels for a monthly fee is now available on Sony’s PlayStation 4.

The service is available with prices starting at £4.99 a month, which will give you access to Sky’s popular channels on your PS4, including MTV, Sky 1, Sky Atlantic and more.

Gidon Katz, Director of NOW TV, said: “We’re excited to be able to unveil yet another fantastic way to watch NOW TV – offering the huge number of PS4™ customers in the UK a contract-free and flexible way of watching great pay TV content on their television.”

Fergal Gara, Vice President and Managing Director for Sony Computer Entertainment UK said: “PlayStation® 4 has been a great success since we launched just over seven months ago, proving that the world’s most powerful console is also the best place to play. With the addition of the brilliant NOW TV to the PlayStation® entertainment proposition, PS4™ keeps getting better.”

The Sky Movies packages is available on Now TV on the PS4 for £8.99 a month and the Sky Sports package is available  for £9.99 a month, you can find out more details over at Now TV for the PlayStation 4 at the link below.