Skype has today rolled out a new update for its Skype Android application version 2.6, which has brought with it support for media sharing. The new update now allows you to send photos, videos and documents to contacts from Skype on your Android device, via either WiFi or 3G. 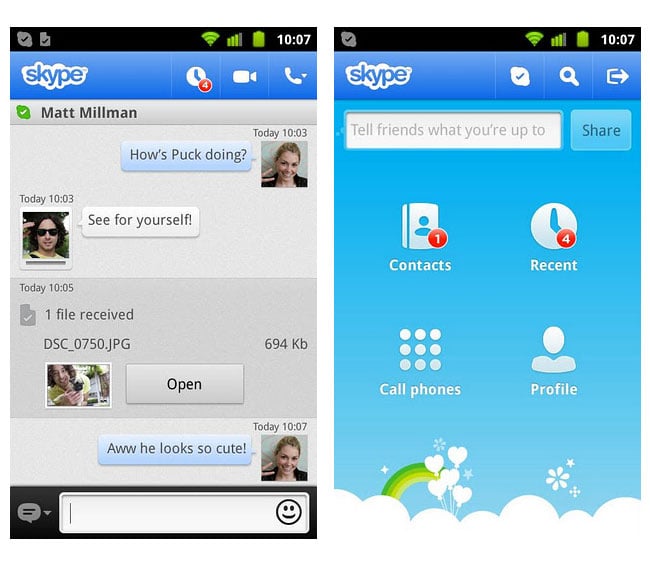 The new update also brings with it support for larger resolution devices powered by NVIDIA’s Tegra 2 chipset. Such as the Samsung Galaxy Tab 10.1, Motorola XOOM and Acer Iconia Tablet, allowing you to take full advantage of their larger screens, while using the Skype Android app.

Skype has also tweaked their Android application to be less battery intensive, and the newly updated app is now available to download from the Android Market now.