Yet another threat to your Wi-Fi network has now been created by researches at Stevens Institute of Technology, but rather than using traditional methods this time they have used an AR.Drone and a wireless-network-hunting computer.

Researchers have combined a remote control toy AR.Drone which we have featured many times here on Geeky Gadgets. Together with a computer configured to attack Wi-Fi networks. The new prototype aptly named SkyNet is able to fly near a Wi-Fi connections and hack it ready for use as a botnet. 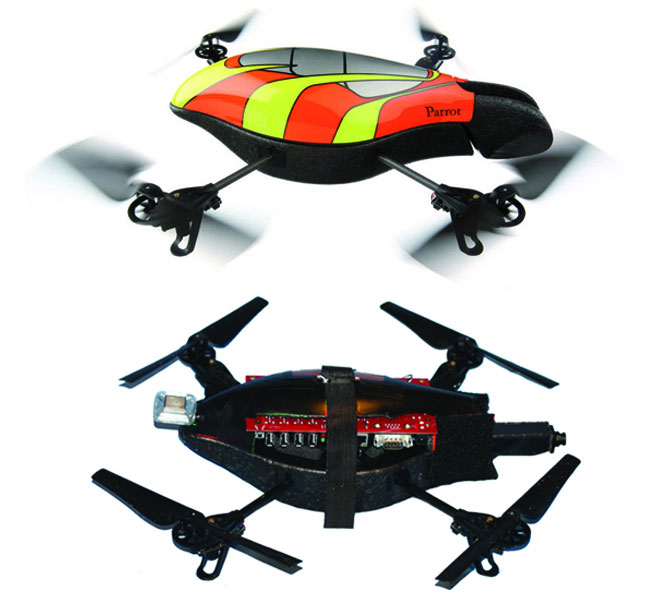 The SkyNET drone uses a $300 Parrot AR.Drone quadrocopter modified with a lightweight Linux computer, 3G mobile broadband connection, GPS receiver, and a pair of Wi-Fi cards. One for controlling the drone and one for attacking the helpless wireless network. All can be purchased for around $600

“You can bring the targeted attack to the location,” – “[Our] drone can land close to the target and sit there—and if it has solar power, it can recharge—and continue to attack all the networks around it.”  – “People see the threat coming from the Internet. What they are forgetting is that behind their back, there is that wireless network that may not be properly protected.”

So keep your eyes pealed for UFO around your Wi-Fi network.