Skyfire has developed a new iOS application called VideoQ, that allows iOS users to view Flash movies from the Internet on their iOS devices after conversion has completed on a remote server.

VideoQ is a stand alone application and dedicated to playback, allowing you to load movies into via links, clipboard or using a neat bookmarklet installed in Safari. As well as allowing Flash file playback the new VideoQ iOS application also includes a media hub feature where you can view and browser other user-discovered videos, which have already been converted. 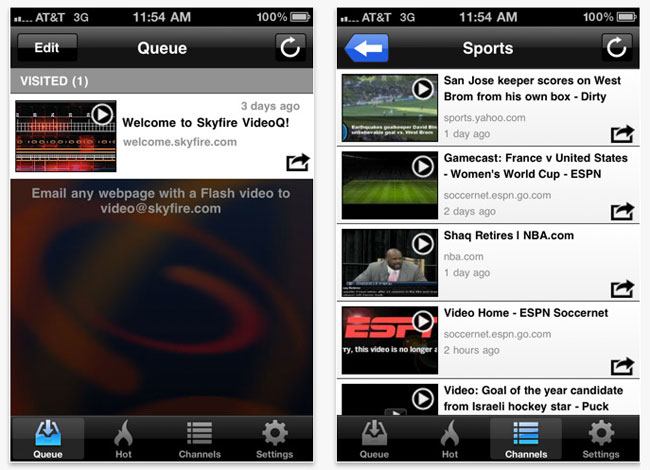 VideoQ is a universal application with native iPhone and iPad interfaces, and you can download the new VideoQ application from the iTunes App Store for $1.99. To use the app you must register your email to allow the application to queue clips correctly.