Recently, Microsoft updated its SkyDrive application for iOS that brings some much needed features on Apple’s operating system. Along with the usual bug fixes and performance improvements, the most notable one is the automatic camera backup support that automatically uploads photos and videos to SkyDrive. Until now, the feature was only availabnle for Windows Phone handsets, but everything has changed now. The feature is only available for iOS and Windows Phone handsets, but there’s no word about the availability of this feature for Android. 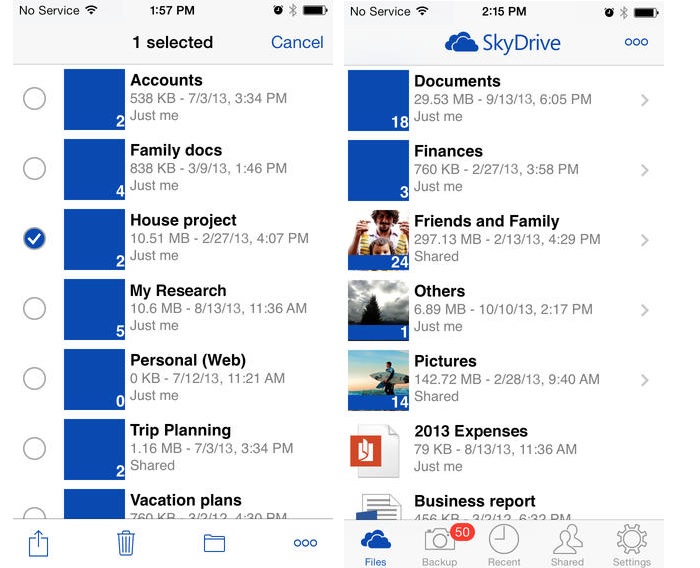 If you’re using an iPhone, iPad or iPod running iOS 6 or later, you can update SkyDrive application on your device and make use of the automatic photo upload feature. The feature is not enabled by default, users have to manually enable the feature after updating the application. Users also have the option to upload the photos via WiFi only or through mobile data as well. If you’re worried about running out of storage space, you’d be glad to know that the application can resize the photos automatically instead of uploading the originals.

The latest update brings a new look that goes with iOS 7 along with improved integration with Microsoft Office Mobile and OneNote, allowing users to edit documents or create plain text documents from within the app. Here’s the complete change log:

You can download the updated SkyDrive application from iTunes.