Skullcandy has announced the launch of a new Bluetooth speaker this week in the form of the Skullcandy Air Raid which has been designed to be a both loud and rugged enough to take a few knocks along the way. 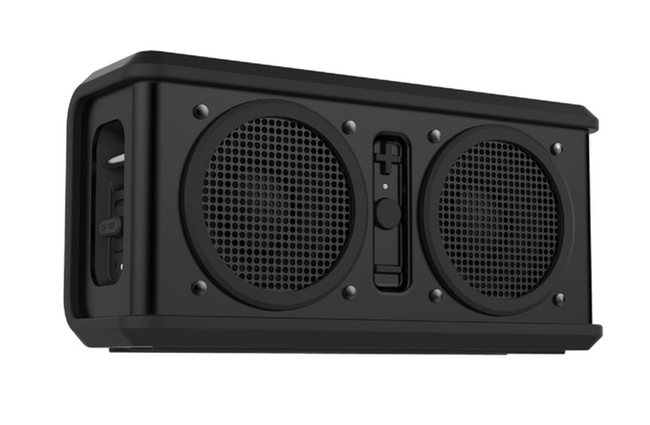 Skullycandy says that their new Skullcandy Air Raid has been created to be drop proof, waterproof and insanely loud and will be available from the likes of Amazon and directly from the Scullcandy website later this month for $150.

“Bring the loud. Draw crowds, combat bad audio, and stay connected with Air Raid. It’s the only portable Bluetooth speaker both loud and rugged enough for those who don’t tread lightly.

Life Proof. Bring on the elements: snow, dirt, water, you name it, just about anything outside of a sharknado, and Air Raid can handle it, all the while blasting your soundtrack louder and clearer than any other speaker of its kind. Limitless.

Air Raid delivers seamless integration with any Bluetooth-enabled device, and the rechargeable battery promises to last longer than you do. It’s your audio and your lifestyle free of limitations.”