Users of Evernote’s Skitch drawing application for iOS, might be pleased to learn that a new update that has rolled out this week has brought with it a number of new features including a faster and more responsive user interface.

Other new features include a new test editor, with letters now appearing on your canvas smoothly as you type them, together with the ability to easily adjust the size and positioning of your entries. 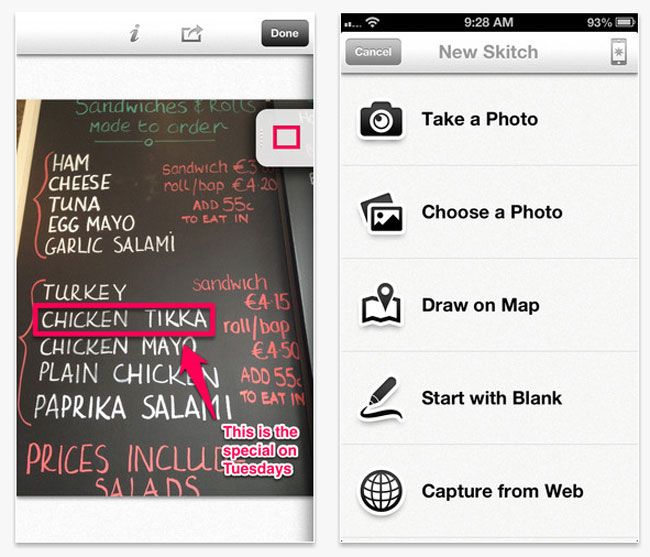 “Skitch is the fastest, easiest way to communicate visually with friends, coworkers, and the world. In our newest update for iOS (2.0.3), we’ve made the experience of using Skitch even more efficient, with a great new text editor and lots of under-the-hood improvements to make the app faster and more responsive.”

To edit text in the new Skitch application, tap on the text box again and start typing, once you have finished tap anywhere on the canvas to close the keyboard and move on to your next markup. You can download the latest Skitch for iOS from the Apple iTunes app Store now for free.