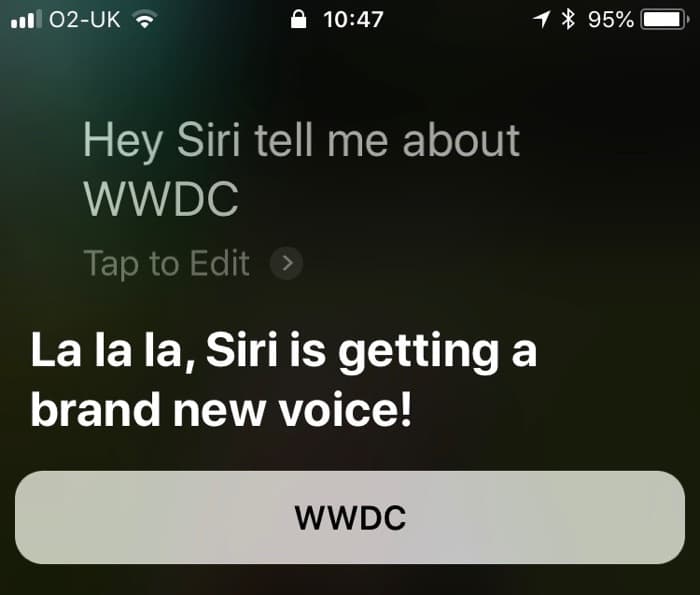 Apple’s Worldwide Developer Conference (WWDC) kicks off next month and it would appear that Siri could be getting a few upgrades at this years event.

If you as Siri the question “Tell me about WWDC”, you get a number of different responses, one of them says that Siri will be getting a lot smarter at this years Worldwide Developer Conference. 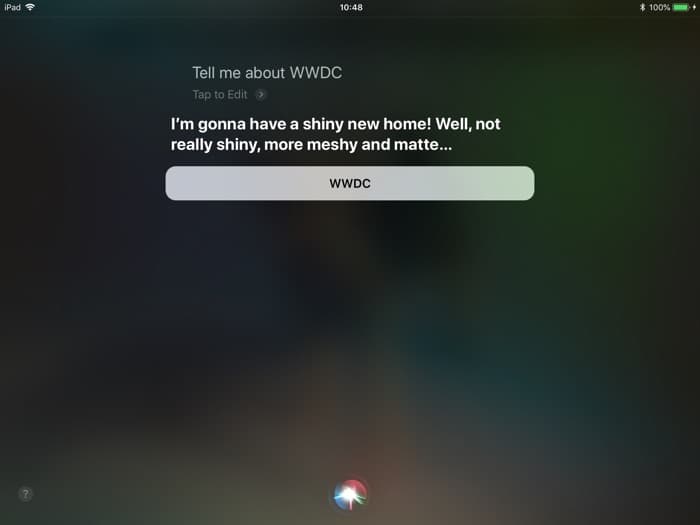 The reference to the new home could be the cheaper version of the Apple HomePod we have been hearing about, this device is rumored to launch at WWDC next month. 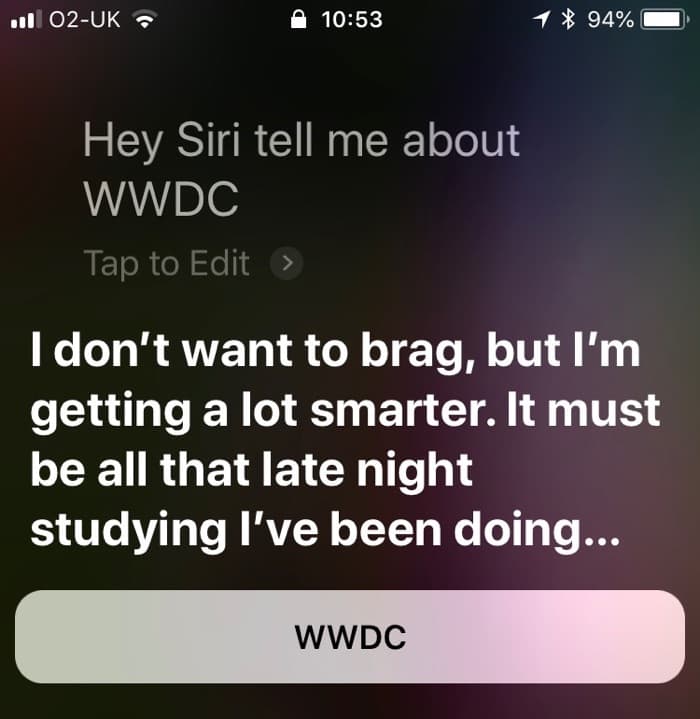 Apple obviously has some major changes planned for their voice activated assistant at next months Worldwide developer conference, as soon as we get some details on exactly what changes are coming, we will let you guys know.