Recently, SIM-Free Blackberry Z10’s price was slashed in the UK by Carphone Warehouse, and it seems it’s happening in the US as well. Blackberry is offering, for a limited time, the unlocked version of the Blackberry Z10 for just $199, plus free shipping in the US. Additionally, the handset works only with GSM carriers AT&T and T-Mobile. In order to avail this offer, just use the coupon code “BFEMAILZ10” at checkout.

The offer is valid until December 2nd or while the stock lasts, so you need to make up your mind and act fast if you want to get your hands-on Blackberry Z10. 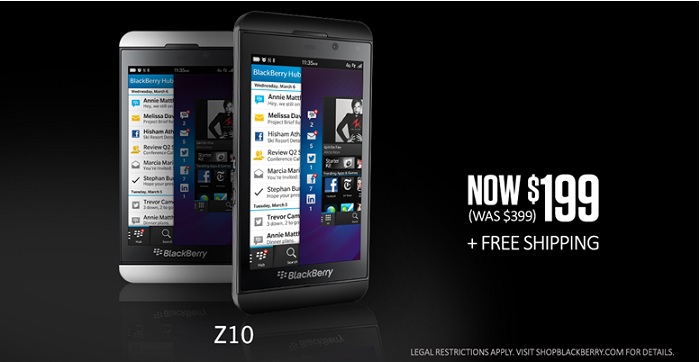 Blackberry Z10 may not be the best handset available in the market, but for this price, I think it’s not a bad deal. Although you can easily get a Moto G for that price as well that brings a better hardware compared to Blackberry Z10, but Android is not always the first choice for every smartphone owner out there.

Are you going to get the not-so-popular Blackberry Z10?