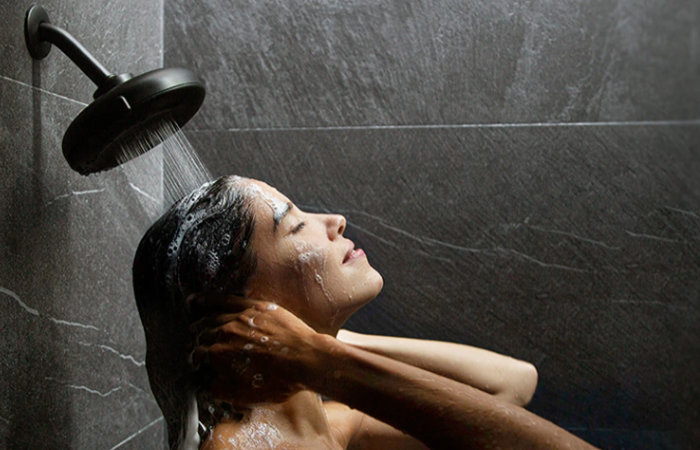 Nebia have taken to Kickstarter once again to launch their new powerful shower head that not only conserves our precious water supply, but also offers a variety of different showers thanks to its innovative sprinkler system. Offering a high pressure water saving shower from just $99. The crowdfunding campaign has already raised over $1.2 million thanks to nearly 6,000 backer with still 37 days remaining. The latest campaign is the company’s fourth and you can now preorder the Quattro shower head to help bring their latest design to life. 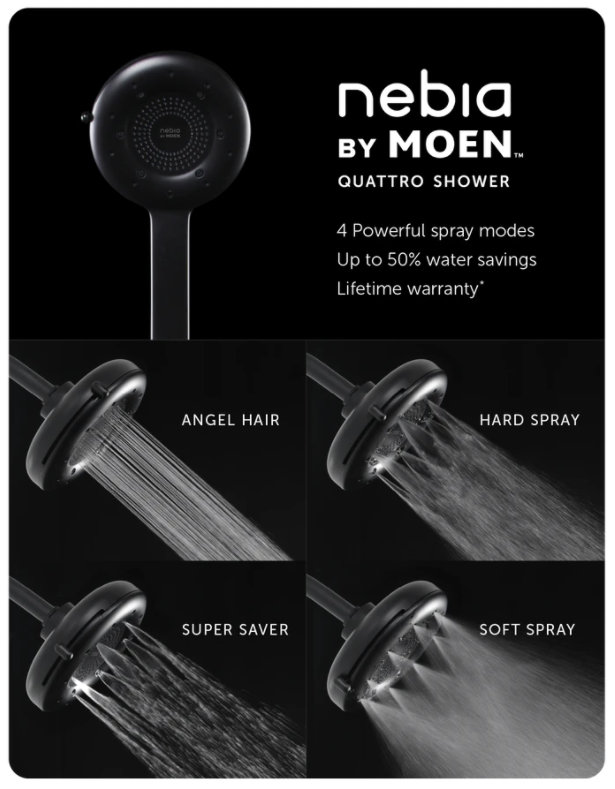 Early bird pledges are now available for the innovative project from roughly $99 or £72 (depending on current exchange rates). If the Nebia campaign successfully raises its required pledge goal and manufacturing progresses smoothly, worldwide shipping is expected to take place sometime around October 2021. To learn more about the Nebia shower head project watch the promotional video below. 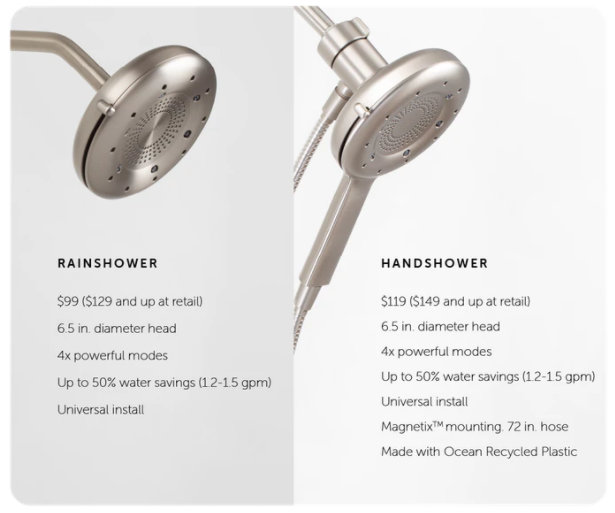 “Water is one of the most abundant substances on the planet, but 99% of it is trapped in salty oceans, polar ice caps, and on top of mountain peaks. Just 1% of the water on Earth is usable for the entire global population. Nebia by Moen Quattro is our biggest leap forward in conserving this precious resource. We accomplish this leap through our proprietary atomization technology. “

“With Quattro, you get four fantastic shower experiences, but with a lot less water. All four modes flow less than 1.5 gpm, compared to a 2.5 gpm standard shower. Even better? The average family of four will save over $300 per year on water and heating costs. Quattro pays for itself in just four months!”

“NASA is also a major Nebia innovation — it’s the first shower head arm to pivot up and down and hold its position without using cumbersome knobs. It pairs perfectly with both the Quattro Rainshower and Handshower, ensuring that your shower head is always where you want it to be.”

For a complete list of all available backing options, stretch goals, extra media and specifications for the shower head, jump over to the official Nebia shower head campaign page by following the link below.