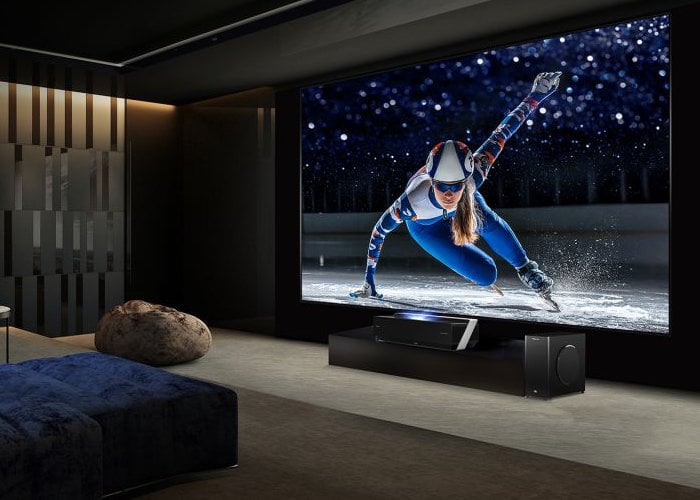 Australians patiently waiting for the arrival of the hundred inch short throw projector from Hisense, will be pleased to know that the 4K HDR projector will be arriving in Australia next week. Officially named the Hisense 100-inch 4K Ultra HD Smart Dual Colour Laser TV with HDR you can expect availability before the end of September 2019.

The “TV” Or rather short throw projector supports both HDR10 and 4K content and includes a TV tuner as well as integrated JBL speakers. Andre Iannuzzi, Head of Marketing for Hisense Australia, explains :

“To date, Australians have never been offered a television of this calibre.” – “This extra-large, 100-inch offering reimagines the TV experience and delivers a new type of cinema at-home with its breathtaking resolution, stunning detail and incredible vibrancy.” – “Hisense has invested heavily in the research and development of its proprietary laser technology, and the result is a truly innovative and exceptional premium TV – one that provides an unparalleled at-home cinema experience, and, of course, more screen than ever before.”

The Hisense 100-inch 4K Ultra HD Smart Dual Colour Laser TV with HDR will be available to purchase priced at AU$20,000 later this month from retailers such as JB Hi-Fi, Harvey Norman and The Good Guys. Just in time for the Rugby World Cup.