Keeping your smartphone, tablet, a notebook computer charged up and working when you’re away from the outlet for a long time can be a big challenge. There are a large number of mobile battery packs on the market promised to extend runtime of your gadgets significantly. The problem for a lot of users is that most of those external battery packs require an AC outlet to charge themselves. 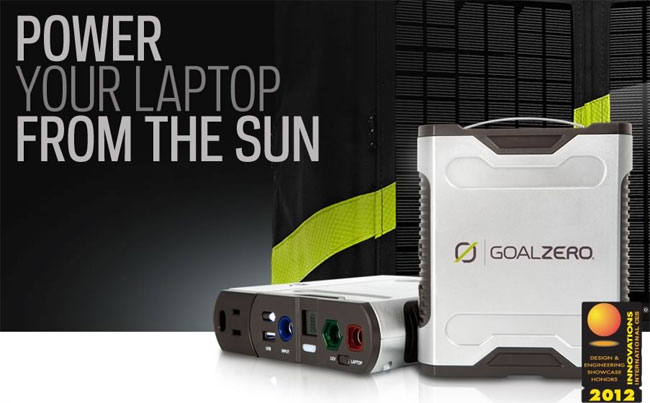 A new charging kit is now available at first surfaced at CES 2012 called the capture of 50. The kit costs $399.95 and includes an AC inverter and portable battery pack in one. The device has an outlet just for your laptop, a 12 V output, and USB port. The AC inverter has a standard AC outlet and is included in the $400 package.

Cheaper versions of the Sherpa 50 can be had without the AC inverter portion. The battery pack promises to be able to extend the runtime of your laptop by two times or more and weighs less than a bottle of water. The included solar panel can recharge the portable battery pack in six hours using nothing but sunlight. If you have an outlet handy, you can also recharge the battery pack from the outlet in about three hours.