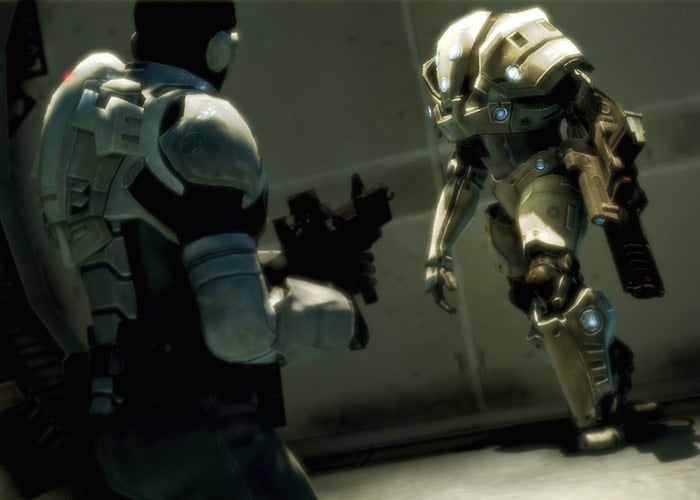 Originally launched back in 2009 a remastered version of the hugely popular Shadow Complex game will be launching on Sony’s PlayStation 4 early next month as Shadow Complex Remastered, and will be available to play from March 3rd, 2016 onwards.

Donald Mustard Co-Founder and Creative Director at ChAIR | Epic GamesHas taken to the official PlayStation blog this week to reveal more details about what you can expect from the Shadow Complex Remastered edition. Also check out the announcement trailer below.

Our initial goal in designing Shadow Complex was to create a game reminiscent of the classic nonlinear 2D side-scrollers we’d always loved — games like Super Metroid and Castlevania: Symphony of the Night. This beloved genre provided some of our most memorable gaming experiences, but was abandoned for more than a decade in favor of new games pushing 3D graphics. We love our modern games, but also longed for something new with the flavor and simplicity of something old. We hoped that others shared our passion for this genre and that Shadow Complex might help to reinvigorate it!

It’s been an amazing experience to watch fellow gamers embrace Shadow Complex with such enthusiasm and we’ve enjoyed playing some of the other new side-scrollers that have since followed. Our twist on classic side-scroller action with modern design sensibility is presented in an original single-player adventure that unfolds across a range of non-linear levels. Gameplay centers around exploration and fast-paced combat, challenging you to gather power-ups to overcome obstacles, thwart enemies, and delve into a mysterious and challenging world. Shadow Complex’s extensive 10+ hour campaign lives on through multiple playthroughs as you obtain all of the game’s items and power-ups, as well as the bonus Proving Grounds mode, which provides side challenges to help hone the skills needed to become the ultimate Shadow Complex master.

For more information on the new Shadow Complex Remastered game jump over to the official PS blog website for details via the link below.