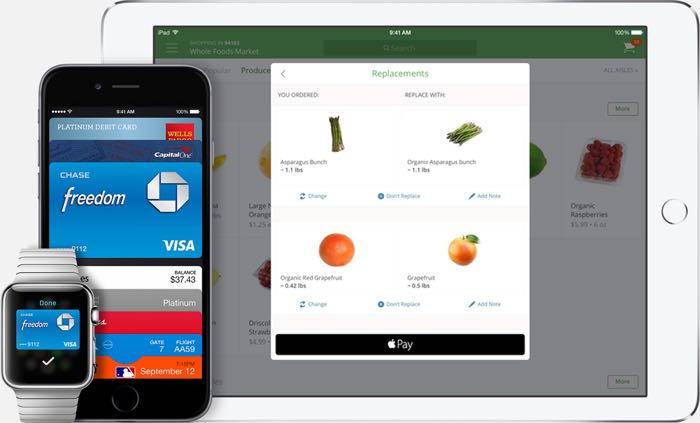 Apple Pay has generated a lot of hype since it’s announcement, but it seems the service is having a hard time making its way to big retailers in the US.

We’ve already seen several giant retailers like Best Buy, Walmart, 7-Eleven, and many others not too keen on offering Apple Pay. This is because of CurrentC, a mobile payment app set to debut next year.

What CurrentC does is it removes the need for a middleman, that is, banks. The payment system aims to cut out credit card processing fees, and deduct the amount directly from your bank account when you pay at the cash register using the app. It is expected to launch next year with dedicated apps for Android and iOS, but it seems many banks are not supporting CurrentC since it cut off credit card processing fees.

Additionally, the pharmacy chain Rite Aid is also dropping support for Apple Pay, as revealed by some leaked memos. Reports mentioned they are modifying or disabling NFC-based readers disabling Apple Pay and similar payment solutions like Google Wallet. Rite Aid even confirmed to iMore that they aren’t accepting Apple Pay.

Rite Aid does not currently accept Apple Pay. We are continually evaluating various forms of mobile payment technologies, and are committed to offering convenient, reliable and secure payment methods that meet the needs of our customers.

Other retailers who are not ready to adopt Apple Pay includes Sears, Kmart, Bed, Bad & Beyond, and several major players in the US.