Here’s why: Ten years ago they wanted Steve Jobs to be the CEO of Google. 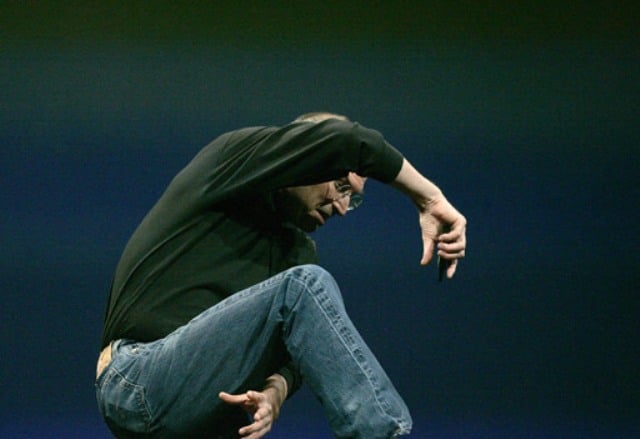 Proof can be found in a passing comment on the new Bloomberg docu Game-Changers that chronicles Google’s rise to world domination. There’s also a very short part that delves into the Sergey-Larry duo’s search for a viable CEO back in the early 2000s.

After meeting a dozen prospective candidates, the Google founders dropped by Apple HQ to meet the mighty Jobs. The result? He declined, and Eric Schmidt eventually got the gig.

Of course, this is but a minor detail in the Google saga (even more minor in the annals of Apple for sure), but every geek owes it to himself to spend a few minutes of his day contemplating alternate history.

Just try to envision a world where Jobs reinvented himself as Google’s CEO—would the iPhone and iPod revolution still have taken place without Stevie at the helm of Apple?

Go here for the full episode and the juice on why Eric Schmidt became the chosen one (has something to do with the Burning Man Festival). It’s one of those highly informative easy-to-consume  business bios Bloomberg is good at.