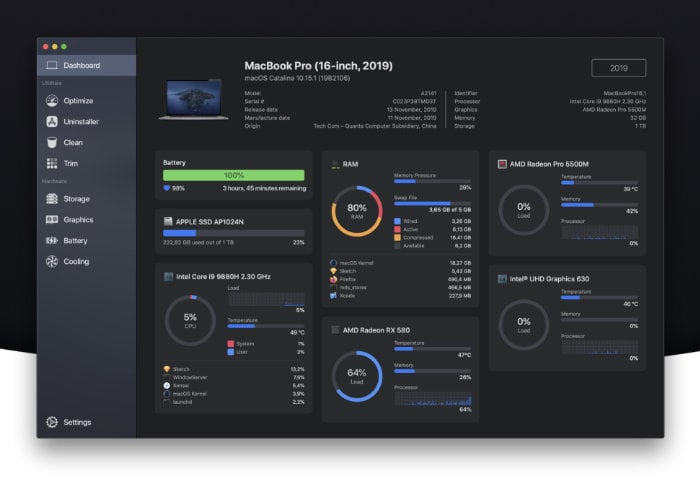 Mac users looking to tweak their MacBook, iMac or Pro macOS machines may be interested in a new performance tool which is now available called Sensei Created by developer Oskar Groth. Sensei is available to download for free as a 14 day trial and can be upgraded to a yearly subscription for $29 for a lifetime license for $59.

“Sensei is an app that spans both software and hardware, including many more features than other apps in the Mac optimization category. It includes features for cleaning your disk, uninstalling apps, analyzing battery and disk health, monitoring CPU/GPU/RAM statistics, optimizing boot startup speeds and much more.”

Features of Sensei for Mac include :