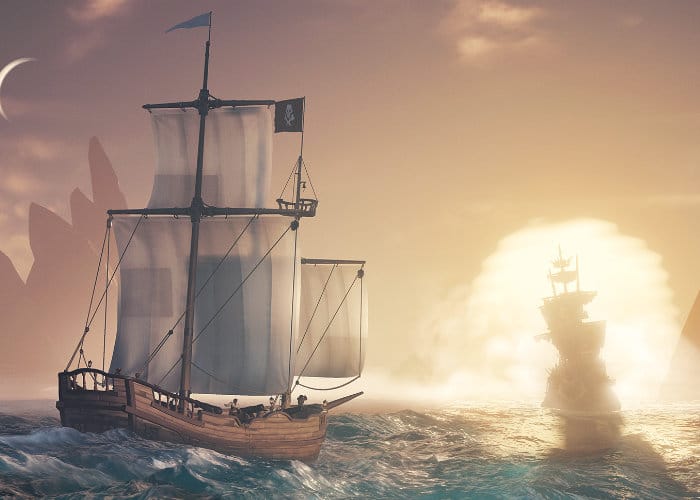 Gamers enjoying a pirate’s life playing Sea Of Thieves will be pleased to know that the second content update will be available to enjoy from July 31st onwards. As with previous updates the new content will be rolled out free of charge to all those that own the game. Check out the official Sea of Thieves Cursed Sails teaser trailer below to learn more about what you can expect from the new content. Sea of Thieves is available now for both Xbox One and Windows 10 PC and is part of Microsoft’s Xbox Game Pass.

“Cursed Sails will change things forever on the Sea of Thieves, as the sails you see cresting the horizon are no longer guaranteed to be other players making their own way through the world. The decks beneath those masts may now be manned by skeletal marauders returned to the seas from their restless graves. All that sustains these grinning terrors is a thirst for battle that leads them to terrorise Outposts and call out defenders to face them on the tides…”

“Ready your cannons for Sea of Thieves’ second free content update. Cursed Sails sees the dead setting sail for war against the living, so sharpen your steel, stock up on bananas and prepare to meet terrifying skeleton ships in battle”

For more information on the new Sea Of Thieves Cursed Sails update jump over to the official website by following the link below.