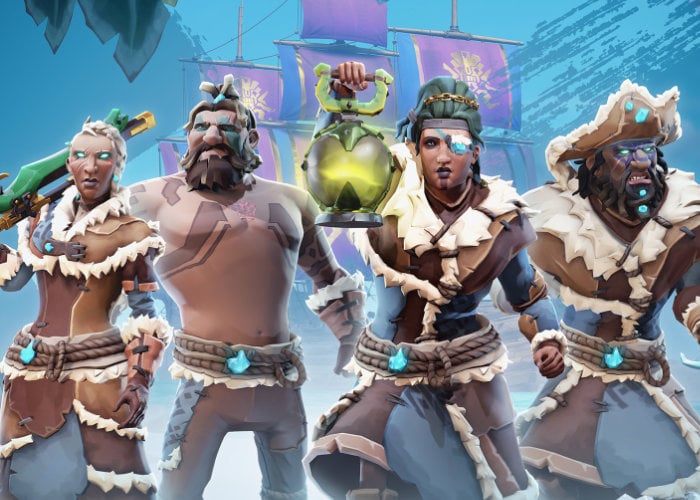 Microsoft has this week announced that its popular multiplayer seafaring pirate game Sea of Thieves, has received a new update that allows the game to be played at over 120 frames per second, thanks to the new 120hz mode that outputs the game at 1080p. The latest update to the gameplay of Sea of Thieves has been released in conjunction with the new Sea of Thieves’ Season One released this week providing a wealth of new content for players to enjoy.

“The new year ushers in new ways of ensuring players always have things to do in Sea of Thieves. Our first Season delivers a new route to earning rewards by building your Renown, a trove of Trials and Deeds to tackle along the way, a permanent new Voyage type for the Merchant Alliance, new and returning time-limited Events, more freebies to grab through Twitch Drops and fresh Pirate Emporium stock including the Plunder Pass!”

In addition to the Trials that allow you to speed up your progress towards Season rewards, new time-limited Events will come and go every month. You might be thrown into a battle between Trading Companies, get involved in a worldwide skeleton crackdown… or just spend a lot of time fishing. Check out the Events Hub for dates and details of these one-off Events (alongside some of your favourite recurring Events) as they go live!

“Seasonal play introduces Renown, which you can earn by simply living the pirate life and accomplishing things naturally. Reach new Renown levels within each Season to unlock rewards including cosmetics, gold, Doubloons and Ancient Coins! There are even ways to accelerate this: Trials are themed sets of Deeds that will test your adventuring, exploring and battling capabilities and speed your progress towards ever more enviable rewards.”

Check out all the new additions and content Microsoft has made available for the Sea of Thieves game in the new Sea of Thieves’ Season One update by jumping over to the official Sea of Thieves website by following the link below.

“Unrest is rife within the Merchant Alliance as many important cargo deliveries are failing to reach their destinations – and worse still, the ships and their crews are vanishing without trace. To help untangle the mystery, Senior Trader Mollie turns to Larinna and her network of pirate contacts. Can you follow the trade route clues to find missing shipments, recover the lost Manifests and maybe, just maybe make off with some choice salvage as a finder’s fee?”