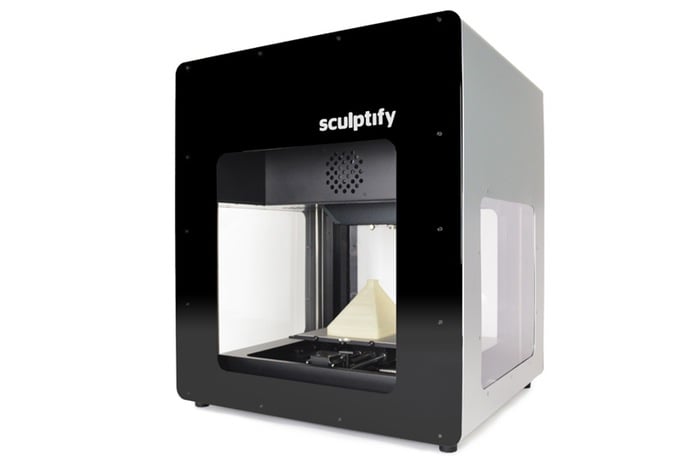 During the middle of last month we featured the innovative new David 3D printer that has been created by Sculptify and has been designed to provide the next step in 3D printing to users.

Rather than using a plastic filament on a spool to create its 3D models the David 3D printer uses pellets which are poured into a hopper on the top of the machine.

The David 3D Printer project is currently over on the Kickstarter crowd funding website looking to raise $100,000 pledges to make the jump from concept to production. Its creators explain a little more behind the inspiration for the new pellet 3D printer and how it functions:

“The development of David began after we found ourselves frustrated with current filament-based 3D printers. We wanted to use 3D printing in many different applications, but found that it was ultimately limited by spools of hard, expensive filament.

Unable to utilize the full power of pelletized materials with current 3D printing technology, we decided to develop our own, which we call FLEX (Fused Layer Extrusion). At its core, FLEX is inspired by proven technology from the plastics industry, but with new features and innovations that make it great for 3D printing.

We are constantly testing and optimizing new materials to work with FLEX technology. David can currently print soft and flexible materials, like TPU and EVA, standard hard materials, like PLA and ABS, and even some interesting composites, like wood. With a successful campaign, our material library will rapidly grow to include a wider selection of unique and useful materials..”