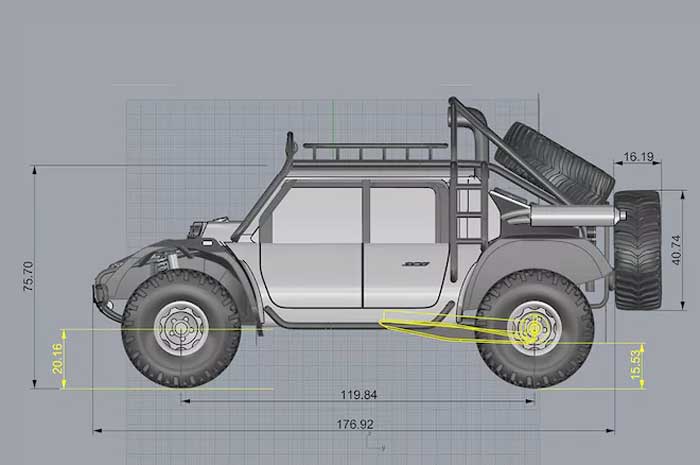 The rendering you see here is a vehicle that is coming from Scuderia Camera Glickenhaus or SCG. The vehicle is called the Baja Boot and it’s rather unattractive. Looks aside, the machine is meant to be a serious off-road racer based on vehicles made from Baja 1000 and Dakar racers.

While the ride would be capable of racing off-road, it’s more meant for the wealthy to cruise around in and do some off-roading. The design is much more from and function style and looks. It’s one of those so ugly it’s cool sort of rides.

It will be offered in two and four-door version with a 5.0L V8 underhood and 20-inches of suspension travel. The rides will have heat and AC and sell for around $100,000. Both versions will be street legal.