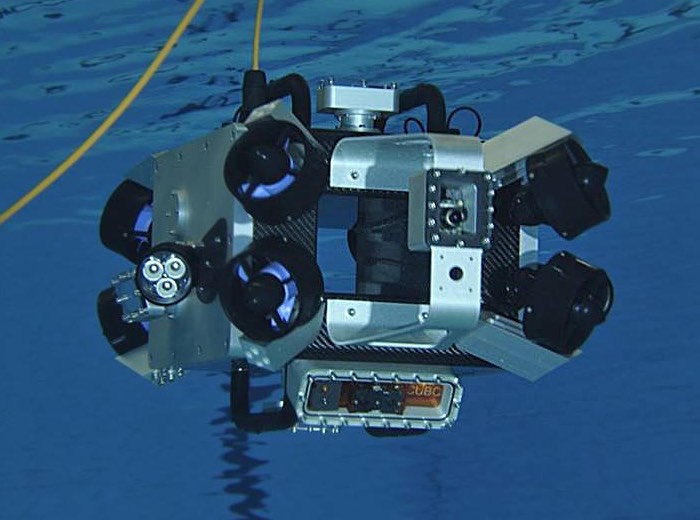 A new underwater exploration submersible robot has been unveiled this week called Scubo, which has been built using Arduino programming and hardware and is equipped with six on-board web cameras as well as the ability for omnidirectional movement.

The Scubo submersible robot is equipped with an Arduino Due for hard real-time tasks, an Intel NUC for high-performance calculation, an IMU, and a pressure sensor, check out the video below to see the new underwater exploration vehicle in action. 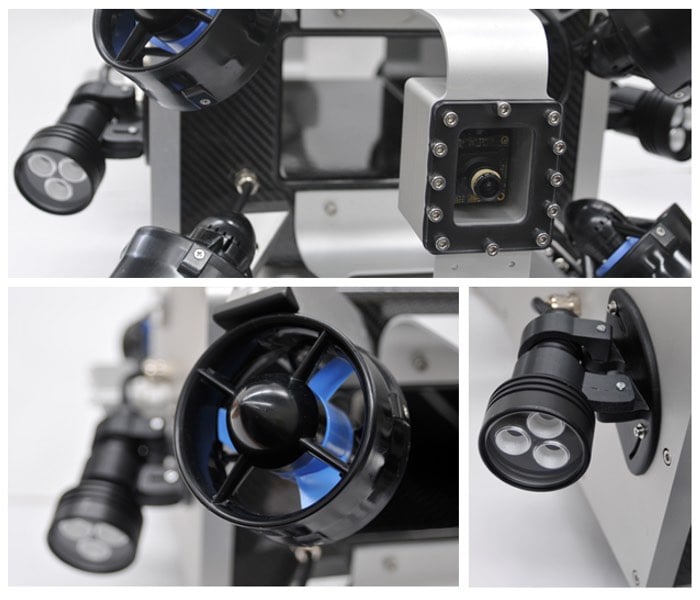 The developers of Scubo explain more about his inspiration, design and functionality

We are confident that Scubo has great potential for the future. Since every necessary sensor is already implemented, Scubo can be programmed to scan a coral reef or any other place fully autonomous. Telepresence could be used in many aquariums or in the sea for entertainment. Because of the module ports different kinds of sensors and devices can be connected and used, for example to generate a geographical map of the sea floor or to inspect boats.

Whether corals in the Caribbean, the shore of Lake Zurich or even a virtual dive in an aquarium — Scubo not only convinces with its captivating technology but also with its modern design. Innovation starts when science meets entertainment. Scubo consists of a central unit in the form of a cuboid in which the electronics are stored. A duct goes through this unit to improve the fluid-dynamics and the cooling of the inner electronics.

The eight thrusters are attached to the central unit by the so called thruster arms. These thruster arms allow for adding weight in the form of screws and nuts to adjust the buoyancy and the balance. Further on each side except the top a modular port is attached to the robot. To this ports additional sensors, cameras or light can be attached. For each of the six directions a steering camera is positioned on the outer wall.

Johann Diep one of the developers explains why the team decided to use Arduino to help create the robot and its functions.

We chose to work with Arduino because it offers the required interface (I2C, SPI, etc.), it is easy to program (none of us ever worked with Arduino at the beginning), and there is a large community on the web that is very supportive with our questions.

For more information on the new the Scubo submersible robot jump over to the official website for details by following the link below.