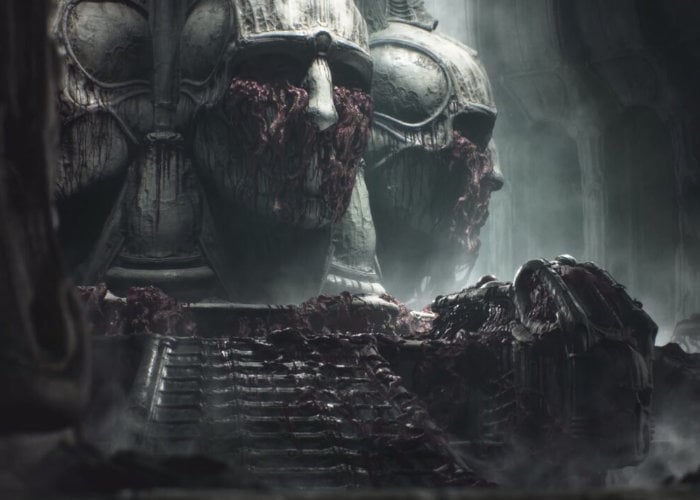 Gamers wishing to know more about the Scorn game currently under development by the team at Ebb Software, will be interested in an interview with Ebb Software’s Game Director Ljubomir Peklar over on the WWCFTech website. Where it was revealed that the trailer released earlier this year was running on an RTX 2080Ti and 2080Ti and a Ryzen processor rather than the next-generation Xbox One console.

“The trailer was labeled as ‘in-engine footage representative of expected Xbox Series X visual quality’, which usually means it was running on PC. If so, can you share the specs used?”

“Now, this is a tricky question as for some reason a lot of people feel that it should be quite easy to get 4K 60FPS on the PC even with this graphical fidelity, and that really isn’t the case. For the showcase we used 2080Ti and a Ryzen processor just because there was no reason not to use it, but a 2070 Super with a mixture of settings is adequate to run the game at 4K 60FPS.

Series X as a platform has been available to us for only two months, so we are still figuring out everything that is at our disposal. I think that the Series X is a very balanced system. The SSD solution is an incredible improvement when it comes to loading assets, and as it stands now it seems that there will be complete parity between PC and Series X versions of the game. We
will try to minimize loading as much as possible.”

For the full interview jump over to the WCCFTech website by following the link below.