Computer scientists at the Sarland University have developed a new wireless braking system for bicycles, and instead of cables and levers to activate the brakes, it is all done with a range of wireless devices.

The wireless braking system for bicycles is made up of a a wireless transmitter on the hand grip and a motorized disk brake caliper, when the hand grip is squeezed, the data is transmitted to the caliper and the brakes are applied. 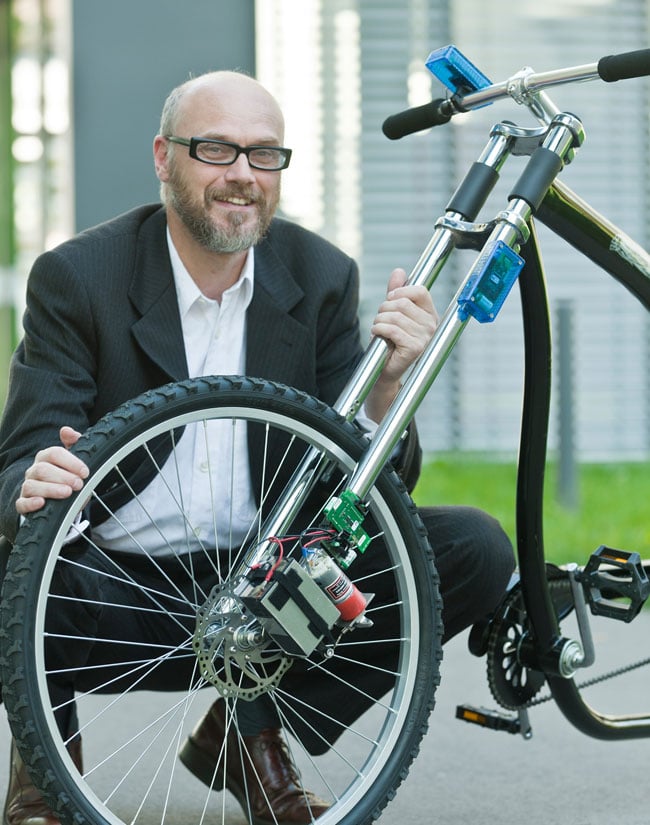 The developers of the technology are testing it out on bicycles, and intend to use it for something else when it is fully developed, the idea is that the technology could be applied to trains, cars and also planes.