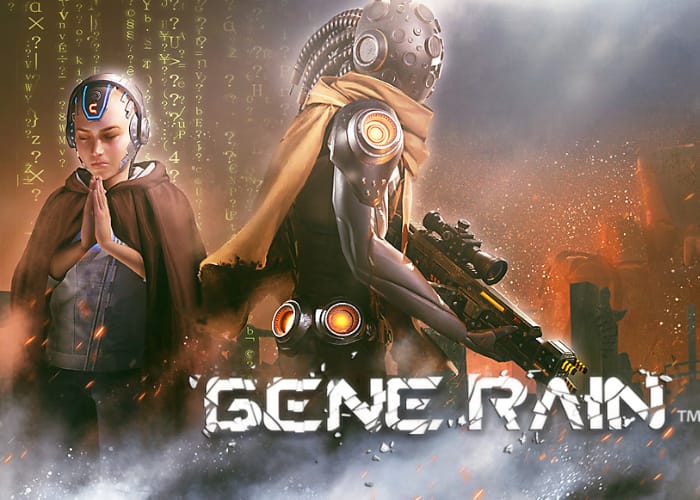 Gamers patiently waiting for the launch of the new futuristic third-person shooter Gene Rain created by developer Deeli Network Technology, will be pleased to know that the game has now launched on PlayStation 4. Set in the 21st-century during a time when science and technology are developing incredibly rapidly the game allows you to enjoy the chaos and battles take place during the collision between man and technology which has brought the world into endless conflict. Check out the launch trailer below to learn more about what you can expect from Gene Rain.

Within Gene Rain there are two opposing forces, “senior statesman of the quantum technology circle: Dr. Bill Feynman. Dr. Feynman aspired to change the genetic structure of human beings to make everyone’s IQ equal. He created genetic spraying agents, and used his power to build modified wind towers to spread the agent around the world. The Death Squad hopes to stop the Gene Rain by destroying the wind towers around the world. There are both humans and robots in the Death Squad, all with the singular objective to restore world order.”

“Gene Rain is a 3D, next-gen, third-person shooter game that linearly expands the plot through new human narrative structures. The game presents a new macro world to everyone through shocking visual effects. We set three camps in the game in which the world environment is the early stage of the three camps’ confused fights. Each camp has its own ideas and aims. Players need to control four different characters to finish the tasks according to the plot. There are nine different guns and four of them can be updated.”