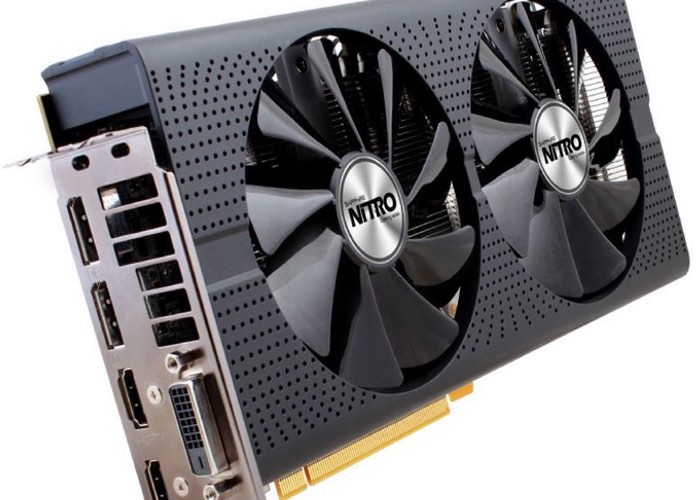 This week Sapphire has unveiled its premium Radeon RX 480 graphics card, the NITRO+ that features a completely custom design and the latest Dual-X cooling solution with a dense aluminium fin-stack heatsink.

The Radeon RX 480 NITRO+ graphics card is fitted with a pair of easily detachable 95 mm fans, and an air-channel that has been designed to easily direct hot air towards the top.

Display outputs include two each of DisplayPort 1.4 and HDMI 2.0b, and a dual-link DVI connector. The unique NITRO Glow feature lets you make the LED-lit Sapphire logo useful, by cycling it between its default blue colour, to a random RGB colour, gradients based on PCB temperature and fan-speeds, a Sapphire TriXX-set colour, or stay off.

For more information on the new Radeon RX 480 NITRO+ graphics card jump over to the Sapphire website for details by following the link below.