Sapphire has unveiled a new graphics card this week is the form of the Sapphire Radeon HD 7770 Vapor-X OC. A variant of the HD 7770 card which has now been equipped with an exclusive implementation of the Vapor chamber cooling technology. 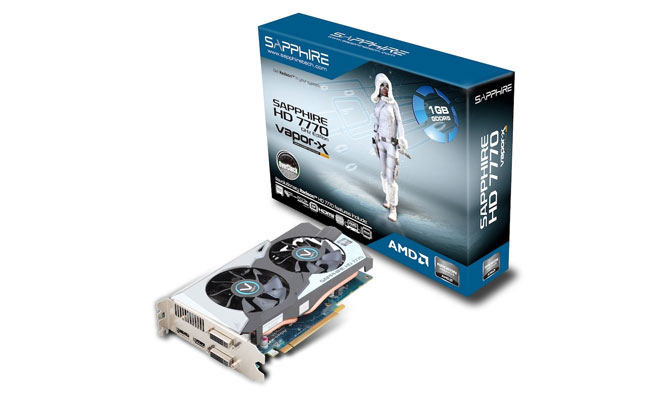 Allowing the graphics card to run at higher speeds but with very low noise levels. As well as the new Vapor cooling the card boasts a core clockspeed of 1,100MHz, together with a memory clockspeed of 1,300MHz, effective 5.2GB/s with 1GB of GDDR5 memory at its disposal.

The new SAPPHIRE HD 7700 series is ready for DirectX 11.1 and Mircosoft’s new Windows 8 operating system arriving later this year. Unfortunately no information on pricing or worldwide availability has been released as yet by Sapphire, but as soon as information comes to light we will keep you updated as always.