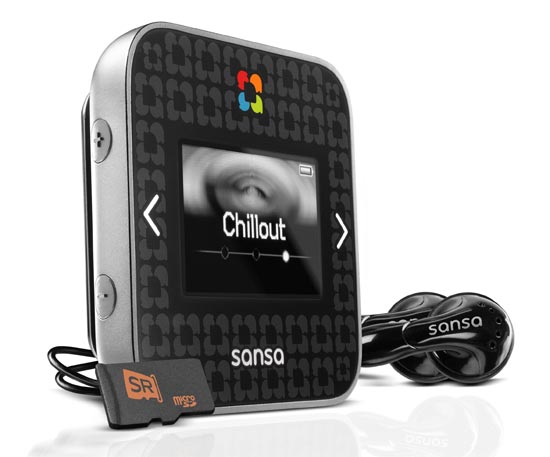 The Sandisk Sansa slotRadio is a little different from the majority of MP3 players available today, as it comes with slotRadio music card which features 1,000 songs, which have been handpicked from the billboard charts.

You will also be able to purchase additional slotRadio music cards from various music genres which will also come with 1,000 songs.