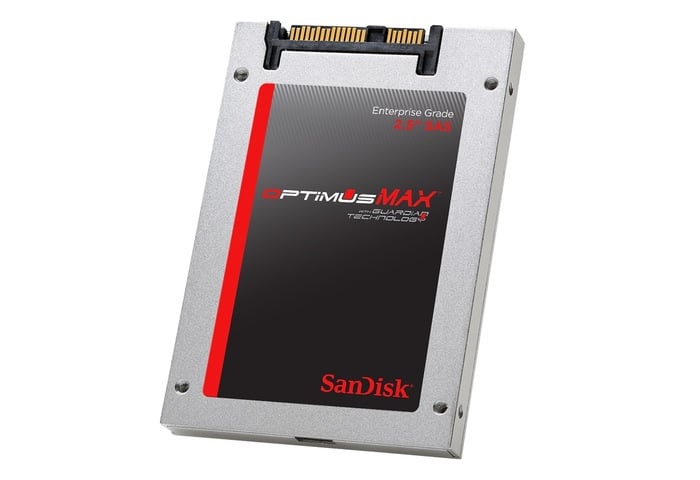 The new Optimus MAX SSD has been specifically designed for the enterprise market and as a replacement for the legacy mission-critical data center SAS HDDs.

SanDisk explains that the new SanDisk Optimus MAX SSD is capable of sequential read/write speeds of up to 400/400 MB/s. Together with random read/write speeds of up to 75,000/15,000 Input/Output Operations Per Second (IOPS) via its SAS 6 Gb/s interface. SanDisk John Scaramuzzo, Senior Vice President and General Manager, Enterprise Storage Solutions at SanDisk explains :

“Customers have been looking for a way to transition their data centers from HDDs to NAND flash, but have been forced to decide between cost and performance, or give up important functionality,”-“We believe that the Optimus MAX will be a disruptive force within the storage industry, catalyzing many organizations to make the switch from their HDD-prominent data center infrastructures to SSDs.”

Unfortunately no information on pricing or worldwide availability has been released as yet for the SanDisk Optimus MAX SSD, but as soon as information comes to light we will keep you updated as always.