Apple only announced the new iPhone last week, and Samsung has already started to convince people that they should buy Samsung’s new Galaxy S III smartphone instead of Apple’s new iPhone 5.

Samsung has placed a number of adverts in various newspapers, which compare the specifications of their Galaxy S III smartphone to Apple’s new iPhone 5, with the tag line ‘it doesn’t take a genius’. 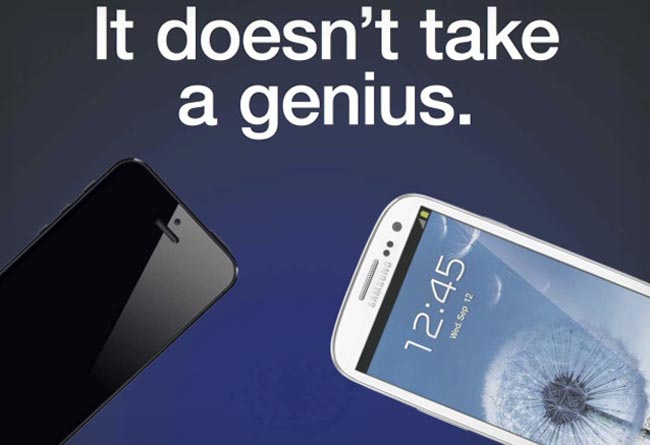 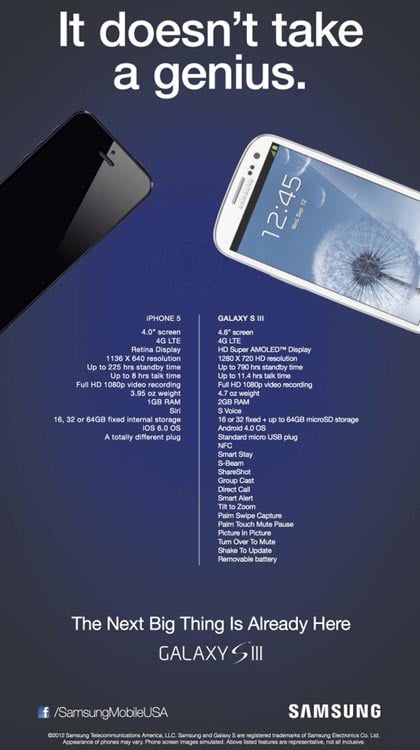 We wonder if Samsung’s new advertising campaign will have any impact on sales of Apple’s iPhone 5, Samsung are obvioulsy hoping it will, although that remains to be seen.

Source The Verge, Android and Me