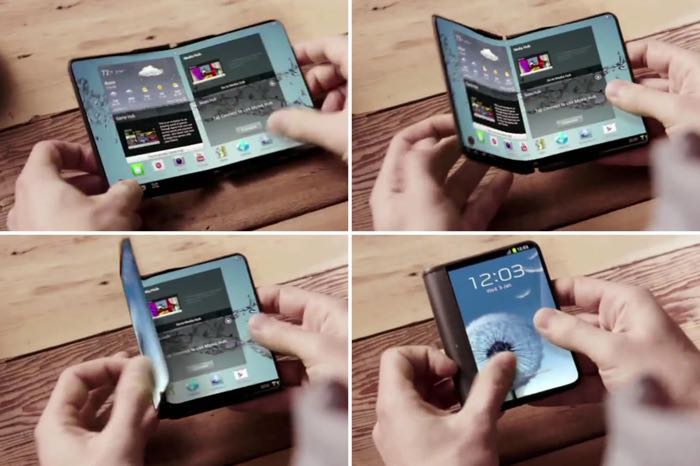 Samsung has been working on its foldable smartphones and smartphones with flexible displays for some time and it looks like we may see the first new devices next year.

According to a recent report by Bloomberg, Samsung is considering launching two new handsets with flexible displays in 2017.

One of these devices will be a foldable smartphone that will be capable of folding in half, the other device will have a a flexible display.

Samsung will be using OLED displays for these two news handsets and according to Bloomberg one device will have a 5 inch display when it smartphone mode and then when it is folded out it will have an 8 inch display.

It will be interesting to see what these new smartphones from Samsung are like, the devices could be made official at Mobile World Congress 2017 in February of next year.