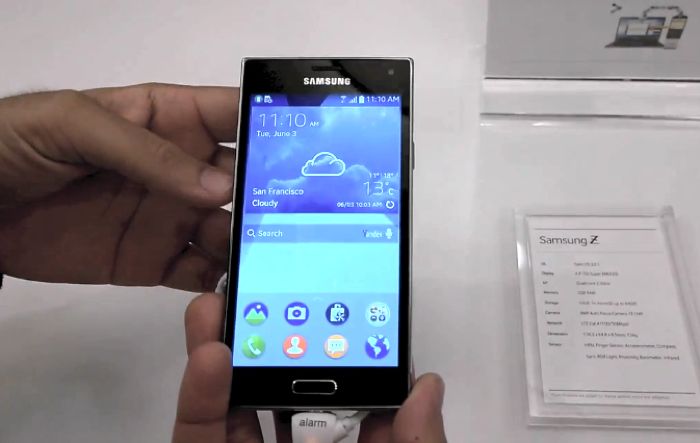 Samsung recently announced their first Tizen smartphone, the Samsung Z, and now we get to have a look at the new Samsung Z and also the Tizen UI in a couple of videos from the guys over at the Handheld Blog.

So far we know that the Samsung Z will come with a 4.8 inch HD display that has a resolution of 1280 x 720 pixels, the device will be powered by a quad core 2.3GHz processor.

Other specifications on the Samsung X include 2GB of RAM and 16GB of built in storage, for extra storage there is a microSD card slot which takes up to 64GB cards.

The new Samsung Z features a 2.1 megapixel camera up front and an 8 megapixel camera on the back, the handset also comes with 4G LTE, WiFi, Bluetooth, NFC, an IR remote and USB 2.0, have a look at the video of the device below.

The Samsung Z will launch with Tizen 2.2.1, it also comes with Samsung S Health 3.0, an ultra power saving mode, and a fingerprint sensor, the video below gives us a good look at the user interface on Samsung’s new Tizen OS.

Samsung will launch their first Tizen smartphone in quarter three, the handset will go on sale in Russia and will also be rolled out to other countries in Europe.