Samsung this week has unveiled its development of a new folding AMOLED screen that can be folded and unfolded  at least 100,000 times without leaving any crease marks on the screen.

The newly developed screen uses two AMOLED panels, silicone rubber, and a glass cover along with a modular case. Samsung has been developing the technology since 2008 and you can see their first prototypes in the video after the jump, which clearly show a seam within the screen. 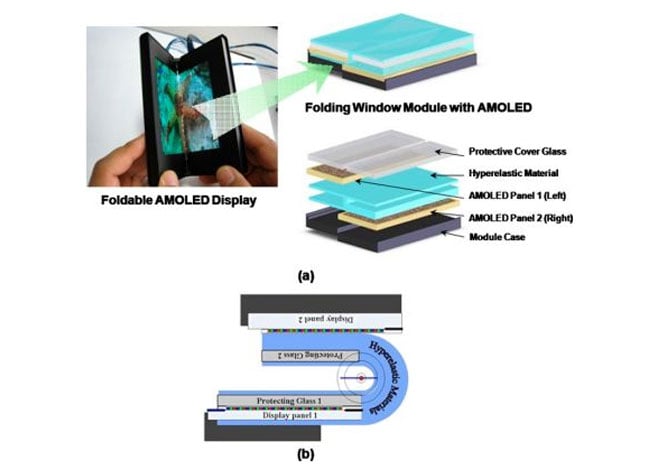 The newly developed AMOLED screens will not show this crease and the brightness of the screen was only reduce by around 6 percent in the area of the crease even after 100,000 folds.

It will be interesting to see the innovative devices engineers can now create using these new folding screens and hopefully it won’t be too long before we start to see the first devices being developed. As always we will keep you posted as any news comes to light.