It looks like Samsung has another Android handset in the works, the device is the Samsung SGH-I547 and it has just appeared at the FCC, and it looks like it is headed to AT&T.

According to the guys over at Pocket Now the Samsung SGH-I547 will support AT&T’s primary voice and 3G bands and also support LTE, the device will also come with Bluetooth and WiFi. 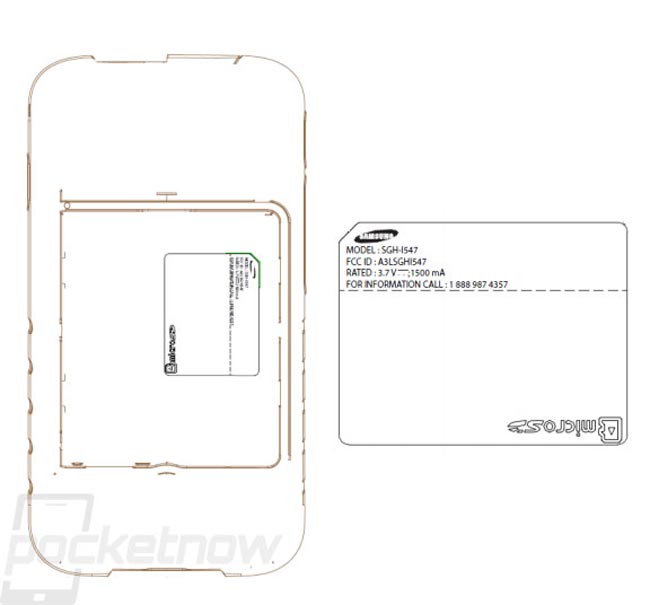 It looks like the Samsung SGH-I547 will feature a display with a WVGA resolution, there are no details on the screen size as yet, as soon as we get some more details including photos of the device we will let you guys know.
Source Pocket Now