If you have a Samsung Series 7 Slate tablet gathering dust in your home or office, or you would simply prefer to try a slightly different OS on it rather than the intended Windows 7. You might be interested to know that a developer has now been able to install and run OS X Lion on his. 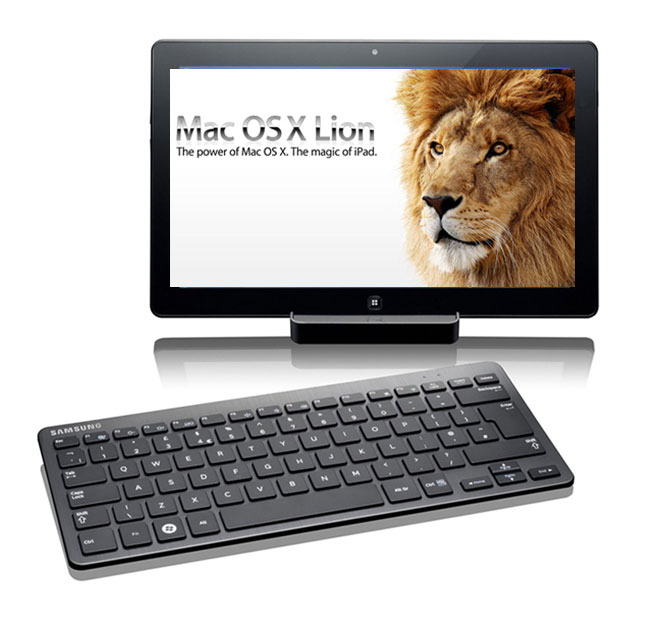 “I connected a mini-HDMI to HDMI cable to the tablet then to a TV screen that I have, as this is my only screen with an HDMI input. The reason for this is during the first try after the Apple boot screen the screen goes blank but I can see that the tablet is still running so I knew it was HD3000 issue so I went out a bought the adaptor cable and we have a working TV screen at full resolution on a 32” Plasma. “

For more information on the whole Samsung Series 7 Slate, OS X Lion installation process and progress so far, jump over to the TonyMacx86 website for more details.