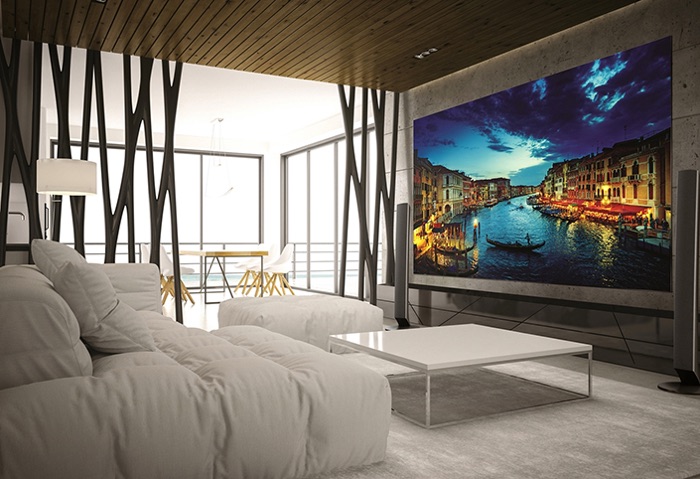 Samsung The Wall giant TVs launched earlier this year, Samsung originally launched them for business and then also announced a consumer version.

The Wall is basically made up of a number of different panels that can be slotted together to form a large TV, the top model was 146 inches, but Samsung will be releasing a larger one at 219 inches.

Not only that, Samsung LED for Home also performs to last with a lifespan that is two to three times longer than an average projector bulb, and remote monitoring options that offer quick and convenient prevention as well as troubleshooting of errors.

“As consumers always anticipate for the next big thing, we wanted to transform the way people watch video with our Samsung LED for Home displays,” said Seog-gi Kim, Executive Vice President and Head of Samsung’s Visual Display Enterprise Business Team. “Not only do these displays offer the best picture quality, but they ultimately deliver never-before-seen viewing experiences.”

You can find out more details about the new Samsung Wall and MicroLED TVs at the link below, Samsung has not revealed any details on the pricing of the consumer version as yet.