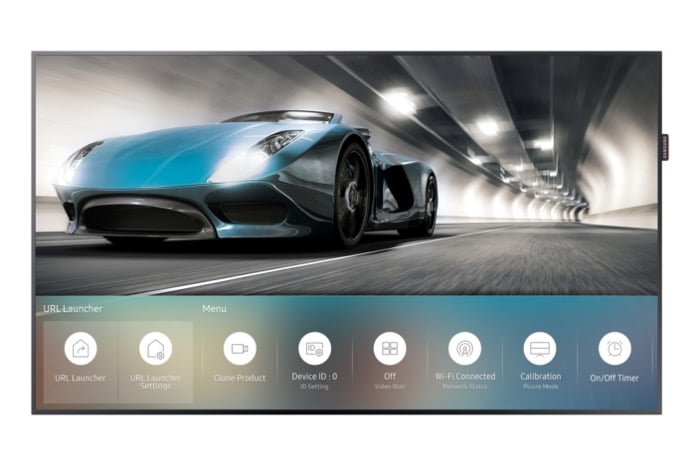 Samsung’s Tizen OS is used by its smart watches and also some smartphones and how the company is launching some new displays which will features their Tizen OS.

The new Samsung P-Series SMART signage which are designed to be used as retail displays and other displays are now powered by Tizen.

Samsung Electronics today announced the global launch of its P-Series standalone SMART signage, the world’s first Tizen-powered premium displays. Utilizing the versatile strengths of Tizen as an open source platform as well as in performance and usability, the P-Series displays, including the PHF (700nit brightness) and PMF (500nit brightness; except 32-inch display) models, will also be the first to feature the upgraded fourth generation Samsung SMART Signage Platform (SSSP 4.0).

“The launch of Samsung’s new P-Series signage represents a landmark moment for our business, as we’ve made our already industry-leading visual displays even more capable with the addition of the Tizen platform to our SSSP,” said Seog-gi Kim, Senior Vice President of the Visual Display Business at Samsung Electronics. “By equipping our displays with faster and more versatile content management tools, our customers will be better prepared to solve their most prominent customer engagement challenges.”

You can find out more details about these new smart displays from Samsung over at their website at the link below.