The Samsung Illusion was recently announced, and now it would appear that the device will be available from Verizon wireless from tomorrow, the 23rd of November at Verizon online, but it looks like it won’t actually launch in Verizon stores until the 12th of January.

As a reminder, the Samsung Illusion comes with Android 2.3 Gingerbread and features a 3.5 inch touchscreen display with a 320 x 480 pixel resolution, plus 512MB of RAM and a single core 1GHz processor. 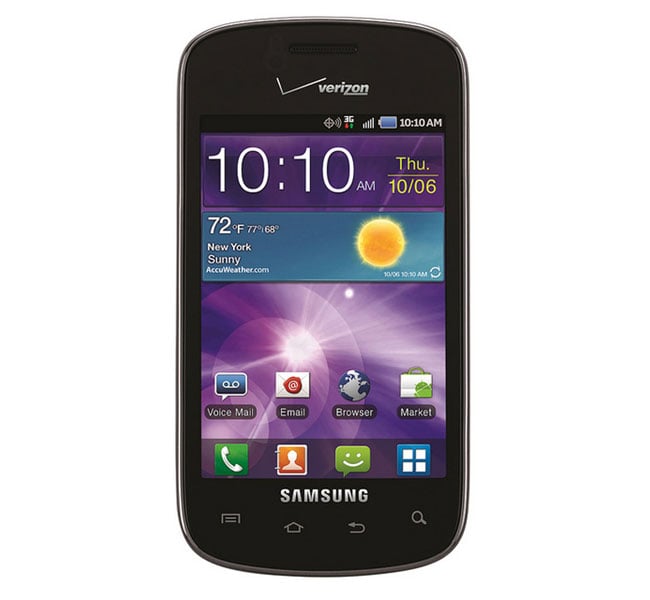 There Illusion also features a 3 megapixel camera, plus 2GB of built in storage and a microSD card slot with a 2GB card pre-installed, and whilst no pricing has been announced it is expected to retail for about $100.