According to Eldar Murtazin, Samsung has a new Galaxy S smartphone in the works, the Samsung Galaxy S 2 or Samsung i9100, which he mentioned on Twitter he was testing out.

Whats interesting is that it looks like the Samsung Galaxy S2 will feature a dual core processor, and Murtazin went on to say that he was impressed with the handset and that it featured a better display than the existing Galaxy S Smartphone. 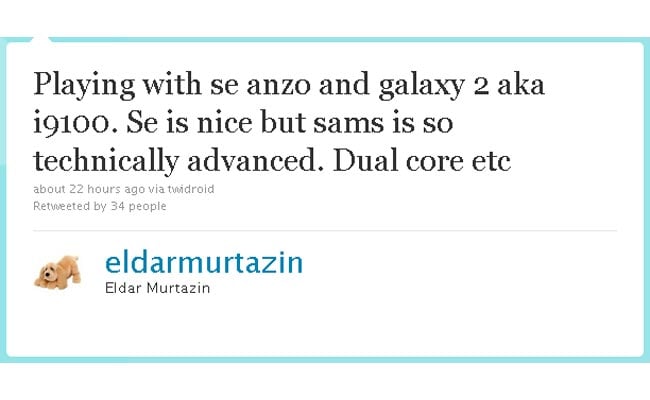 It looks like the Samsung Galaxy S 2 could be scheduled to launch in Q1 of 2011, as soon as we get some more information we will let you guys know. Have a look at our Samsung Galaxy S2 Review to see what we thought of Samsung’s latest Android smartphone. Have a look and our article on Android vs iPhone to see which smartphone and mobile platform is best for you.

Android & Me via Engadget