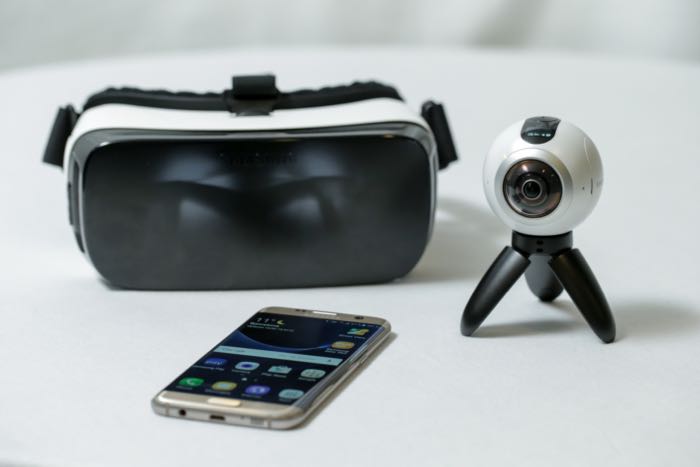 Samsung Gear 360 is equipped with dual fisheye lenses, which both have 15 megapixel image sensors, giving users the ability to capture high-resolution (3840×1920) 360-degree video that also supports 30 megapixel still images. Users are also able to shoot 180-degree wide angle video and images with only using one side of the camera lens. Built for any time of day, Gear 360 offers Bright Lens F2.0, which creates high resolution images even in low-light conditions, where users can create full panoramic videos.

With a light and compact, spherical shaped design, Gear 360 maximizes portability to film on the go or for indoor activities. Gear 360 features a user-friendly tripod and is also compatible with a wider selection of accessories and mounts currently available on the market.”

You can find out more details about the Samsung Gear 360 over at Samsung at the link below, as yet there are no details on pricing.