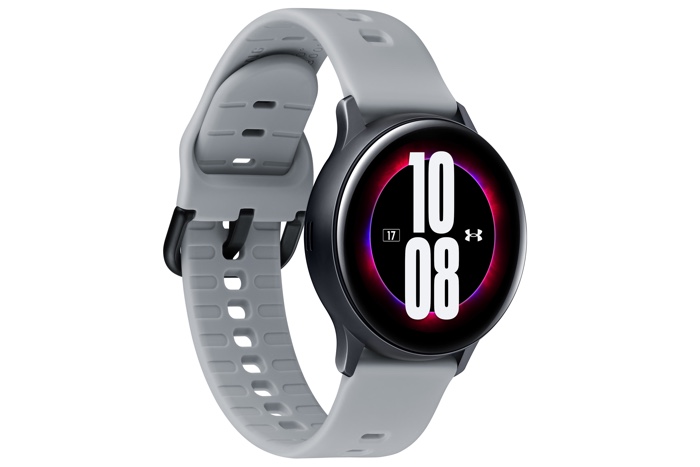 The new Galaxy Watch Active2 Under Armour Edition is available in two sizes 44mm and 40mm and it comes with either a 1.4 inch or 1.2 inch display with a 360 x 360 pixel resolution.

With unique features such as cadence based real-time form coaching and premium access to the world’s largest fitness community through MapMyRun,[1] the Galaxy ecosystem experience on the smartwatch offers faster fitness insights, more intuitive coaching, and more comprehensive workouts accessible directly from the wrist.

You can find out more information about the new Samsung Galaxy Watch Active2 Under Armour Edition over at Samsung at the link below.