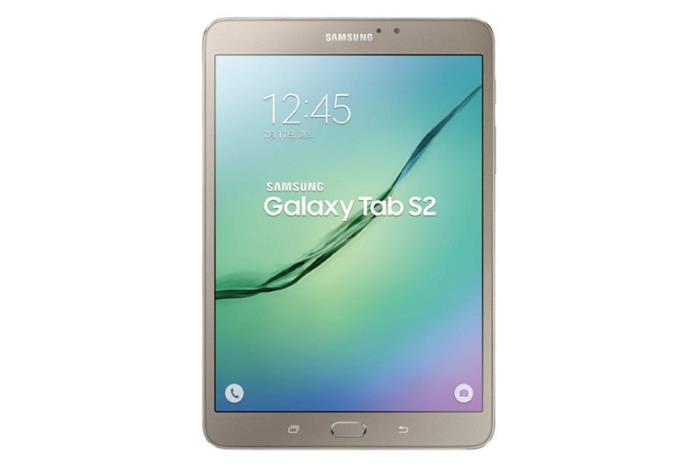 Last month, Samsung introduced its latest Galaxy Tab S2 tablet line up, which will go up for sale in the company’s home market soon.

If you’re based in Taiwan, you be glad to know that Samsung Galaxy Tab S2 is available for sale on company’s website. Surprisingly, the tablet is also available white and gold color options.

Initially, the tablet was announced it black and white color options, but it’s not a big surprise to see the tablet go on sale in gold color — it’s quite popular in Asian countries so there’s a possibility it’s limited to Asian markets only. The black color is not yet listed for some odd reason, but it may be available soon.

Samsung Galaxy Tab S2 comes in two different screen sizes: 8-inch and 9.7-inch sporting a resolution of 2048 by 1536 pixels. Under the hood, there’s an octa-core processor paired with 3GB of RAM, 32GB of internal storage, a microSD card slot and ships with Android 5.1 Lollipop as its operating system out of the box. Other features includes an 8MP camera for photos and videos, 2.1MP front-facing camera, WiFi, Bluetooth and LTE connectivity option as well.

Anyone interested in picking up the Samsung Galaxy Tab S2?